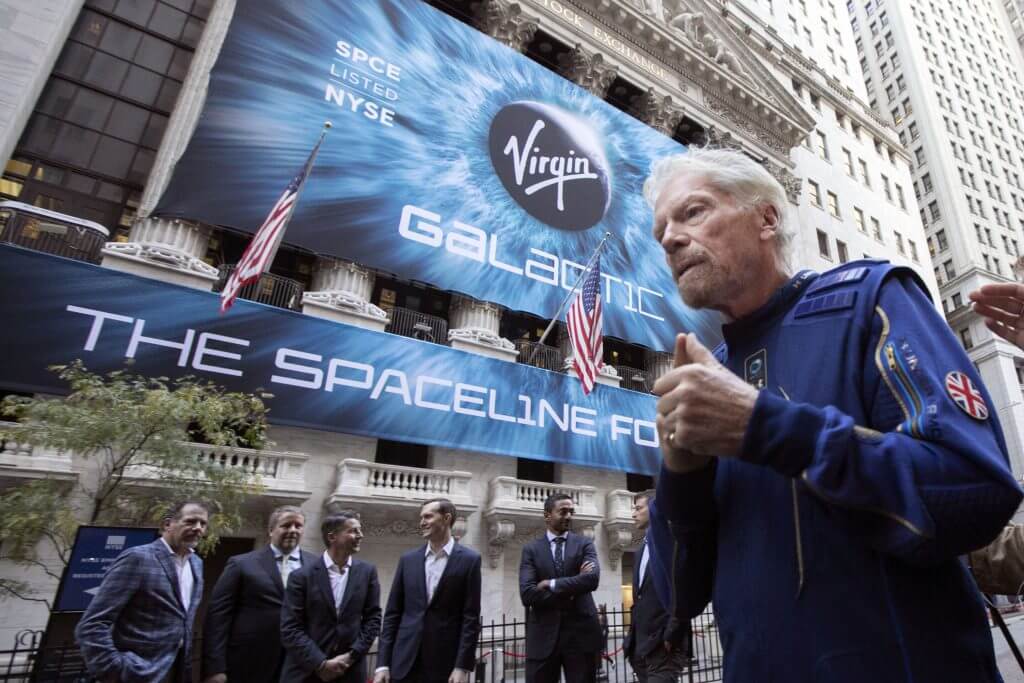 Virgin Galactic’s Richard Branson won’t say when he’ll ride his rocket ship to space or whether he’s looking to become the first billionaire to launch aboard his own rocket.

In an interview after Wednesday’s satellite launch by his separate company Virgin Orbit, Branson told The Associated Press he has to be “so circumspect” in what he says about Virgin Galactic, a publicly traded company.

“All I can say is when the engineers tell me that I can go to space, I’m ready, fit and healthy to go,” Branson said. “So we’ll see.”

Amazon’s Jeff Bezos is targeting July 20 for his rocket company’s first launch with people. The Blue Origin flight from West Texas will include Bezos, his brother, a charity auction winner who’s shelling out $28 million and a fourth unidentified person.

Unlike Elon Musk’s SpaceX, Virgin Galactic and Blue Origin are looking to send space tourists on brief up-and-down hops—not into orbit around the world.

Virgin Galactic plans three more test flights to the edge of space this summer and early fall, before launching customers. The company originally put Branson on the second upcoming flight, but has refused to say whether it’s moving him up to the next one.

Branson would not comment Wednesday on which flight he’ll be on—he wouldn’t even say when the next flight might be. He did acknowledge it’s “very important” for potential customers to see him strap in for a ride, before opening the doors to the paying public.

The thrill-seeking adventurer, who turns 71 in a few weeks, said he’s “not apprehensive at all” about launching into space.

Last week, Virgin Galactic got the Federal Aviation Administration’s OK to start launching customers. More than 600 people already have reserved a ride to space. Tickets initially cost $250,000, but the price is expected to go up once the company starts accepting reservations again.

Virgin Galactic made its third flight to space in May, with two pilots in the cockpit of the winged spaceship. Like Virgin Orbit, Virgin Galactic uses an aircraft to get off the ground and waits until it reaches high altitude before releasing and firing the rocket.