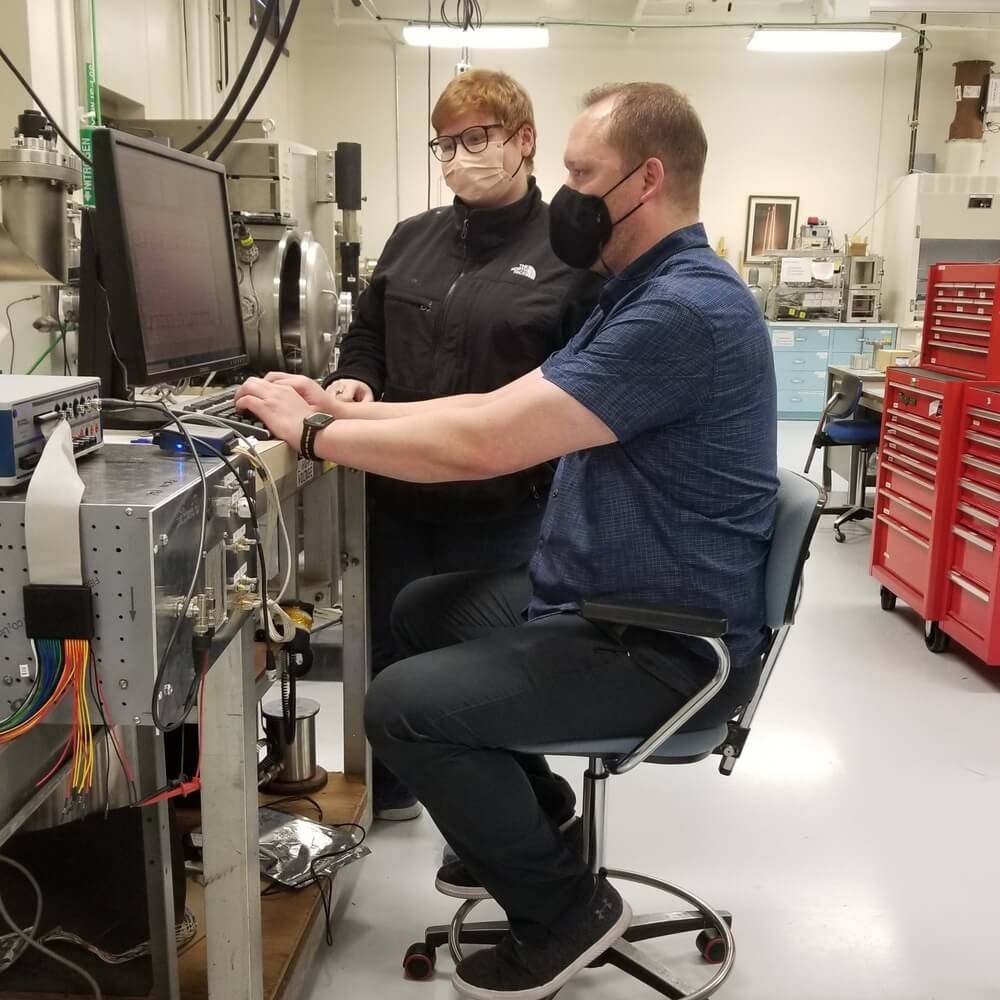 “The Precise flight experiment represents a new orbital regime for AFRL in Very Low Earth Orbit,” said Dr. Rachel Hock-Mysliwiec, Precise program manager. “This experiment builds on more than 50 years of AFRL investigation into the physics of the upper atmosphere.”

Hock-Mysliwiec elaborated that the experiment will study ionization processes in the region of ionized gas, between 90 and 600 kilometers altitude.

“The Precise spacecraft will use sensitive satellite instruments and radio waves to examine changes in the ionosphere resulting from different compositions of ion source gasses,” she said. “This understanding could be used in the future to mitigate natural ionospheric impacts to warfighter systems such as satellite communications and GPS.”

In October, the Space Vehicles Directorate signed a memorandum of agreement with SSC to use the command’s established OTA that provides a framework for decentralized execution of prototype awards, explained Sheri Della Silva, AFRL contracting officer.

“Having this new agreement will permit us to move at an expedited pace, allowing our scientists and engineers to concentrate on matters inside the lab, rather than spending time working on contracting matters,” said Della Silva.

“We are very excited to have this decentralized capability that will accelerate prototype awards,” said Felt. “It offers AFRL significant advancement in our acquisition processes that will enable us to support the Space Force at a more agile and faster pace.”

The Air Force Research Laboratory (AFRL) is the primary scientific research and development center for the Department of the Air Force. AFRL plays an integral role in leading the discovery, development, and integration of affordable warfighting technologies for our air, space, and cyberspace force. With a workforce of more than 11,500 across nine technology areas and 40 other operations across the globe, AFRL provides a diverse portfolio of science and technology ranging from fundamental to advanced research and technology development. For more information, visit: http://www.afresearchlab.com.