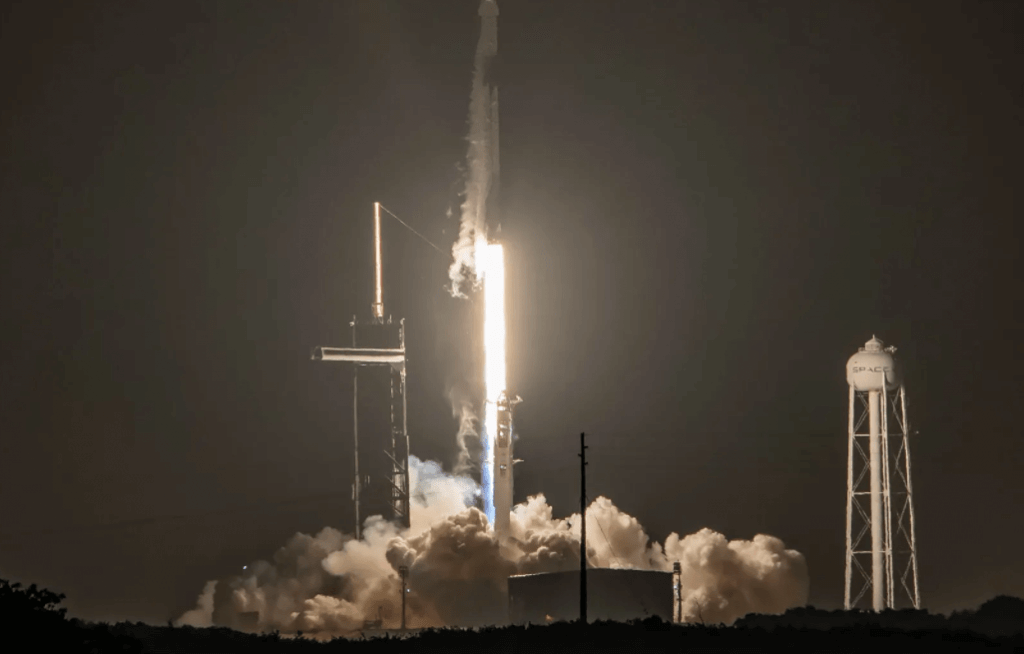 The increasing frequency of both natural and man-made catastrophes such as worldwide pandemics and climate catastrophes has re-validated the urgency to establish humanity as a multi-planet species. Indeed, the founding ethos of Elon Musk’s private spaceflight company SpaceX was to make life multi-planetary, partly motivated by existential threats such as large asteroid strikes capable of wiping out life on our planet. However, one of the biggest challenges to making this dream a reality is how to get to distant stars and planets within a human lifetime.

Consider that with conventional fuel rockets, it takes about seven months just to get to Mars, and a ridiculous 80,000 years to get to the nearest star, Proxima Centauri, using our fastest rockets. This means that ordinary rockets are simply out of the question for interstellar travel, and something a little bit more out there is needed.

Luckily, we might now have the answer to this space travel conundrum.

Once the exclusive province of science fiction films, space colonization has been moving closer to becoming a reality thanks to major advances in astronautics and astrophysics; rocket propulsion and design, robotics and medicine. Trekkies, along with the otherworldly technology featured in the Star Trek series, have helped define the science fiction universe. One of the most mind-boggling of these technologies from those shows is the “Impulse Drive,” a propulsion system used on the spaceships of many species to get across the galaxy in amazingly short timeframes measured in months or a few years rather than centuries or millennia.

And now scientists have unveiled the Holy Grail of Space Travel: A real-life Impulse Drive system able to achieve sub-light velocities using zero fuel propellants. After 30 years of tinkering and fine-tuning, a pair of scientists might finally be close to turning science fiction into science fact.

And, NASA is taking the idea seriously.

Conventional spaceships burn rocket fuel to achieve escape velocities, maneuver, and even land, in the case of SpaceX rockets. But what if you could build a spaceship that runs entirely on electricity?

Jim Woodward, a physics professor emeritus at California State University, Fullerton, and Hal Fearn, a physicist at Fullerton, have developed the Mach Effect Gravity Assist (MEGA) Drive propulsion based on what they say is peer-reviewed, technically credible physics.

With the help of a NASA Innovative Advanced Concepts (NIAC) grant, the two scientists have developed MEGA Drive based on the physics described in Einstein’s theory of relativity. MEGA Drive–which is showing excellent promise in early testing and is already in phase two testing–is pretty much the holy grail of space travel and space science because it could power not only local travel within our solar system, but also interstellar travel that is currently undoable using available technologies.

So, how does MEGA Drive work?

It’s a well-known Newtonian law that an object at rest stays at rest, and an object in motion stays in motion at a constant speed unless an external force acts on it. All objects resist changes to their state of motion or rest due to inertia.

In 1872, Austrian physicist Ernst Mach made a conjecture that these forces of inertia result from the gravity of objects in the distant universe. This became known as the controversial Mach’s principle. While most experts have now dismissed it, Woodward and Fearn think the idea is simply misunderstood and have built their impulse engine based on it.

The MEGA Drive applies the Mach principle. There are several textbook definitions of the Mach principle; however, the two scientists think of it as the ability of distant matter to influence things up close. To get your head around it, they use this old analogy of how matter bends space-time.

If you put a heavy object on a trampoline, it falls in and curves the rubber sheet. Now, if you roll a ball on the trampoline, it will keep orbiting the heavy mass in the center. That’s how a planet behaves when it’s attracted by the gravity of a star. The thing is, for the rubber sheet to act that way, it has to be stretched or under tension. So these scientists are basically saying that the distant matter of the universe is what’s pulling the space-time and making it taut and causing it to act like a stretched rubber sheet loaded with potential energy. And according to the team’s understanding of the Mach principle, so is space-time, meaning they think there’s a big gravitational potential out there, and the MEGA Drive can actually tap into that potential energy.

The MEGA Drive works by making a stack of piezoelectric crystals alternately heavier and lighter by applying electric current to them. Actually, this is not some kind of New Age healing crystals; piezoelectric crystals do expand and contract under the influence of electricity, essentially interacting with what Einstein says are universal inertial fields in the universe, caused by gravity. By making an object heavier one instant and lighter the next, you can create thrust by using the very same Newtonian every-reaction-causes-an-equal-and-opposite-reaction principle used by rocket engines by throwing matter behind them to move forward.

MEGA Drive’s main kicker: Unlike a conventional rocket that ejects burnt gases to create thrust, the MEGA Drive does not permanently lose its energy-producing crystals by actually throwing them away; You simply push them when heavy, and pull them back when light, thus creating momentum to move forward.

Woodward says each Mach Effect drive unit can generate about a hundred millinewtons of force. As currently built, the Mach Effect engines are six-centimeter cubes just over two inches per side. By making them more efficient, Woodward says you’d get more power from each. And, by stacking as many of them as you want on your ship, you can generate enough forward momentum to power your ship.

Then it’s just a question of how much electricity you can feed the drives, with a nuclear power plant mooted as a possible source of electricity.

According to Woodward, you can generate ~10 newtons of force for every kilowatt of electricity fed into the Mach Effect engines. Early applications would be in satellites used in chemical rockets to maintain orbits and alignment with the engines fueled by electricity, vastly extending their useful lifespans. Indeed, in this case, solar panels could provide all the necessary energy to power the drives.

Another interesting finding: The team has calculated that the smaller the device, the larger the force it can generate. So instead of scaling up, they hope that arrays of thousands of tiny MEGA Drives powered by a nuclear battery could one day be deployed to accelerate large probes into interstellar space. Indeed, the scientists claim that the drives are sufficient to power a human-crewed starship to nearby stars such as Proxima Centauri located some 4.25 light-years away from the sun and back in some reasonable fraction of the human lifetime.

That sounds pretty futuristic, of course, and relies on peer review and replication of Woodward’s results. To be clear, it will take a healthy dose of dogged persistence to replicate Woodward’s feat.  Indeed, Mike McDonald, an aerospace engineer at the U.S. Naval Research Laboratory contracted by NASA to verify Woodward’s work, gives it a rather unnerving 1 in 10 to a 1 in 10 million chance –but it’s a shot, nevertheless.

And if MEGA Drive proves viable, it will become one of the rare instances when science fiction is vindicated and transformed into scientific fact.