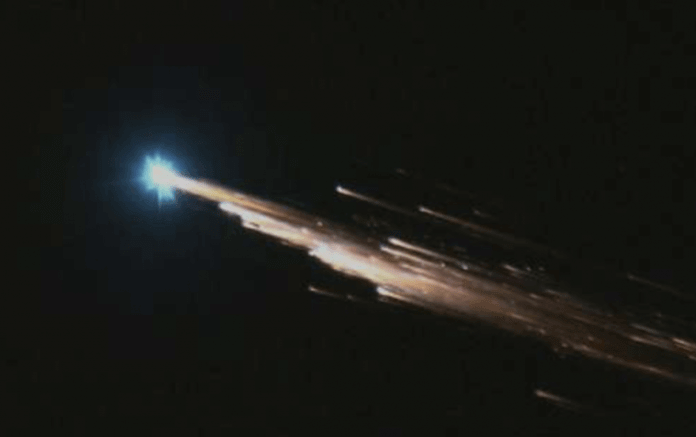 SpaceX reported last night (February 8, 2022) in its Updates area that 40 of the 49 Starlink satellites it launched to low Earth orbit on February 3 are now doomed by a geomagnetic storm. Such storms are disturbances in Earth’s magnetic field caused by activity on the sun. The satellites were part of SpaceX’s grand plan to launch thousands of Starlink satellites for global internet access.

Geomagnetic storms result from explosive events on the sun, called solar flares. These events have the potential to hurtle charged solar particles across space to the Earth. The impact causes a geomagnetic storm, an event associated with Earth’s beautiful auroras or northern lights. But these events also cause Earth’s atmosphere to warm and “puff up.” Low-orbiting satellites will feel increased atmospheric drag in an atmosphere puffed up during a geomagnetic storm.

But to no avail.

SpaceX added that the deorbiting satellites:

By the way, the sun is currently in the rising part of its 11-year sunspot cycle (Solar Cycle 25). In other words, solar activity is on an upswing and can be expected to increase in the coming years.

In January 2022, SpaceX passed a 2,000-satellite milestone with its Starlink mission. The overall plan for thousands of Starlink satellites in low Earth orbit has caused controversy in the astronomy community.

Bottom line: On Thursday, February 3, 2022, a SpaceX Falcon 9 launched 49 Starlink satellites to low Earth orbit from Kennedy Space Center in Florida. SpaceX reported on February 8 that at least 40 of those satellites “will reenter or already have reentered the Earth’s atmosphere” due to a geomagnetic storm.