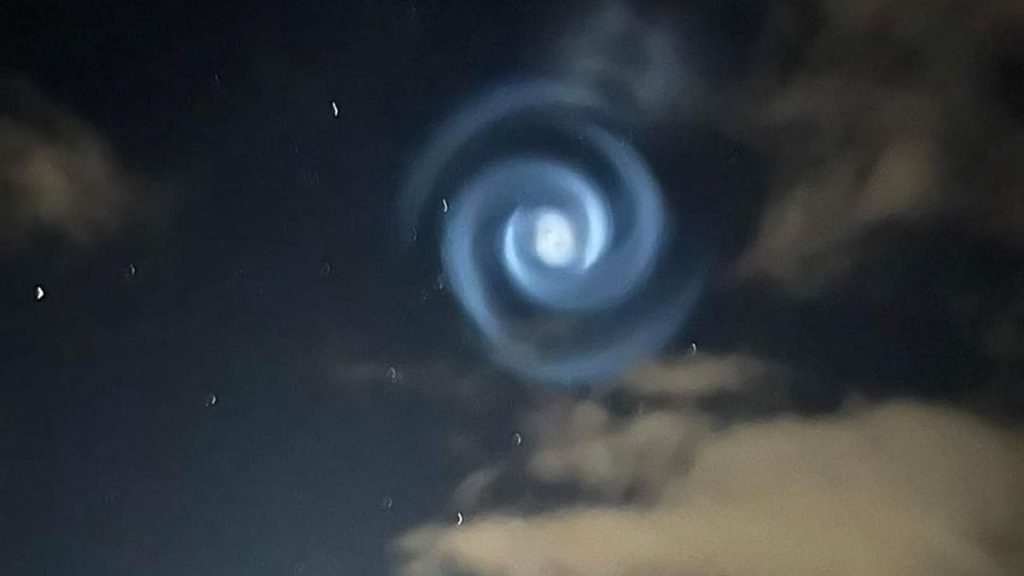 A New Zealand resident spotted a “bizarre but very cool” blue spiral above her house following a SpaceX launch on Sunday (June 19).

Clare Rehill photographed the spiral in the sky above Queenstown, a town on New Zealand’s South Island. She posted (opens in new tab) the photo on Twitter⁠ early in the morning her time on Monday (June 20), speculating that “it’s got something to do with SpaceX.”

Her instincts were good. The sky show came courtesy of a two-stage SpaceX Falcon 9 rocket, which launched from Florida’s Cape Canaveral Space Force Station on Sunday at 12:27 a.m. EDT (0427 GMT), carrying a communications satellite for the Louisiana-based company Globalstar to orbit.

The spiral was generated by the Falcon 9’s upper stage, and Rehill was not the only one to capture its activities on camera.

Jarred Wood of Illinois took this video (opens in new tab) during the satellite’s orbital insertion, showing a “smoke ring” over the Prairie State. (He shared it with Spaceweather.com (opens in new tab), which gave permission to host it here at Space.com.)

“The smoke ring Wood saw was the ‘puff’ of separation,” the website’s astronomer Tony Phillips wrote (opens in new tab). “At the time, the rocket was more than 1100 km [680 miles] high, so people were able to see it across much of North America.”

As for the spiral seen in New Zealand, the galaxy-shaped feature was due to the upper stage of the Falcon 9 venting leftover fuel as it fell naturally into the Pacific Ocean. (Unlike the Falcon 9 first stage, which lands after launch for refurbishment and reflight, the rocket’s upper stage is expendable.)

“The upper stage was probably spinning on its longest axis to stabilize flight orientation, hence the spiral shape,” Spaceweather.com wrote (opens in new tab). “Similar spirals have been seen after previous Falcon 9 launches.”

SpaceX launches have produced other pretty patterns in the sky as well. In May, for example, a Falcon 9 launch of SpaceX Starlink internet satellites produced a “space jellyfish” in the predawn sky over Florida’s Space Coast.

This phenomenon happened because the gas in the rocket’s engine nozzles was at a higher pressure than the surrounding air; the rising sun, just below the horizon, then illuminated the plume, Chris Combs, a professor of aerodynamics and mechanical engineering at the University of Texas at San Antonio, explained on Twitter (opens in new tab).

SpaceX’s Globalstar launch was the third in about 36 hours for the company. The company launched 53 Starlink satellites on Friday (June 17) from NASA’s Kennedy Space Center in Florida and a radar satellite for the German military from Vandenberg Space Force Base in California on Saturday (June 18).

Editor’s note: If you captured a stunning view of the SpaceX launch and want to share it for an image gallery or story, let us know! You can send images and comments in to spacephotos@space.com. 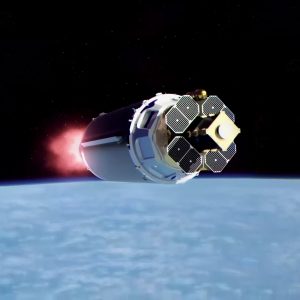 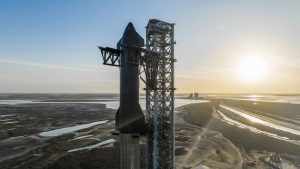 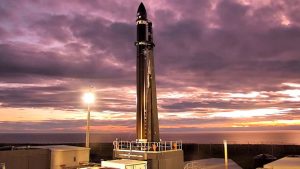