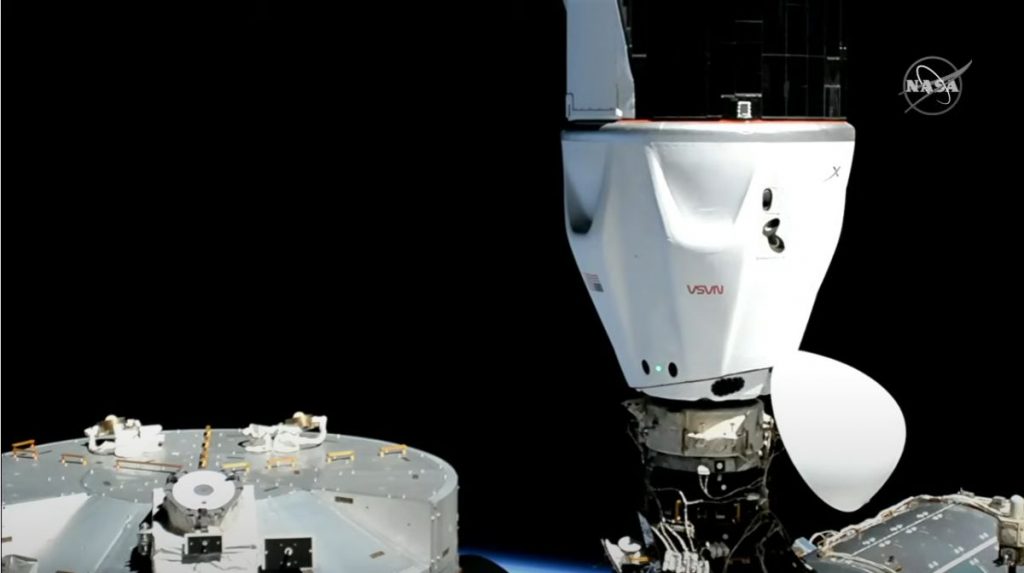 Update for Oct. 13: SpaceX’s Crew-4 Dragon capsule Freedom is scheduled to undock from the International Space Station today at 10:05 a.m. EDT (1405 GMT) after a one-day delay due to weather on Earth. The capsule and its four-astronaut crew will splash down off the Florida coast 5:41 p.m. EDT (2141 GMT). Watch it live above.

SpaceX’s Crew-4 mission will leave the International Space Station (ISS) on Thursday morning (Oct. 13), and you can watch the action live.

Crew-4’s Dragon capsule, named Freedom, is scheduled to undock from the orbiting lab Thursday at 10:05 a.m. EDT (1405 GMT), NASA officials said in a blog post (opens in new tab) Wednesday (Oct. 13). This is a delay from Wednesday evening due to weather.

You can watch it live here at Space.com, courtesy of NASA, or directly via the space agency (opens in new tab). NASA warns the departure time is somewhat iffy.

“Mission teams continue to monitor a cold front passing over Florida with the potential to bring high winds and rainy weather near the splashdown zones off the Atlantic and Gulf coasts,” agency officials stated in the blog post. “Mission teams will continue to monitor splashdown and recovery conditions, with another weather review around six hours prior to undocking.”

You can also catch a variety of other departure-related events Thursday, as we outline below.

The action began relatively early on Wednesday. At 10:05 a.m. EDT (1405 GMT), the four Crew-4 astronauts gave some farewell remarks. And one of them — European Space Agency astronaut Samantha Cristoforetti, the current ISS commander — handed the reins of the orbiting lab over to Russian cosmonaut Sergey Prokopyev during a change-of-command ceremony around that same time.

Should undocking proceed on schedule, Freedom is expected to splash down off the Florida coast on Thursday at 5:41 p.m. EDT (2141 GMT). NASA and SpaceX plan to hold a post-splashdown press conference that day at 7 p.m. EDT (2300 GMT).

None of these times are set in stone, however; they’re dependent on good expected weather in Freedom’s potential splashdown zones in the Gulf of Mexico and the Atlantic Ocean.

— The International Space Station: Facts about the orbital lab

— 8 ways that SpaceX has transformed spaceflight

Crew-4 launched atop a SpaceX Falcon 9 rocket on April 27 and arrived at the ISS that same day. The mission consists of Cristoforetti and NASA astronauts Robert Hines, Kjell Lindgren and Jessica Watkins.

As its name suggests, Crew-4 is the fourth contracted astronaut mission that SpaceX has flown to the orbiting lab for NASA. It’s one of two SpaceX flights currently at the ISS; Crew-5 arrived on Oct. 6 for a five-month stay.

This story was updated at 3:40 p.m. EDT Wednesday, Oct. 12 with news of the undocking delay and the updated undocking opportunities.