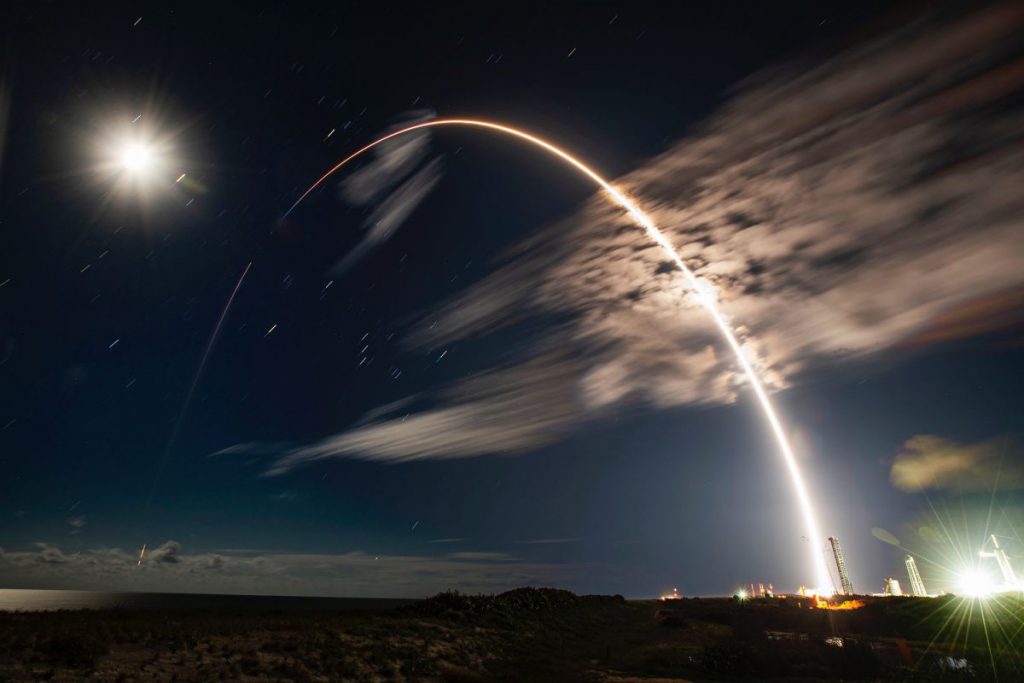 SpaceX will launch a telecom satellite to orbit and land a rocket at sea tonight (Nov. 2), and you can watch the action live.

A Falcon 9 rocket carrying Eutelsat’s Hotbird 13G satellite is scheduled to lift off from Florida’s Cape Canaveral Space Force Station tonight during a 116-minute window that opens at 11:26 p.m. EDT (0326 GMT on Nov. 3).

You can watch it live here at Space.com, courtesy of SpaceX, or directly via the company (opens in new tab). Coverage is expected to begin about 15 minutes before liftoff.

If all goes according to plan, the Falcon 9’s first stage will return to Earth a little less than nine minutes after launch, touching down on SpaceX’s Just Read the Instructions droneship, which will be stationed in the Atlantic Ocean.

It will be the sixth launch and landing for this particular first stage.

“The Falcon 9 first stage booster supporting this mission previously launched CRS-22, Crew-3, Turksat 5B, Crew-4, CRS-25, and one Starlink mission,” SpaceX wrote in a mission description (opens in new tab). (Crew-3 and Crew-4 were astronaut missions to the International Space Station, and CRS-22 and CRS-25 were uncrewed cargo flights to the orbiting lab.)

Hotbird 13G, meanwhile, will keep flying atop the Falcon 9’s upper stage, which will deploy the satellite into geosynchronous transfer orbit about 36 minutes after liftoff.

Hotbird 13G was built by Airbus Defense and Space and will be operated by the France-based telecom company Eutelsat. The satellite will eventually set up shop in  geostationary orbit, about 22,300 miles (35,900 kilometers) above our planet.

Hotbird 13G will join its twin, Hotbird 13F, which launched to that patch of cosmic real estate aboard a Falcon 9 last month. The two spacecraft will replace three existing Hotbird satellites, taking on quite a bit of responsibility.

The Hotbird 13G launch will be the second that SpaceX conducts from Florida’s Space Coast over a two-day span. On Tuesday (Nov. 1), Elon Musk’s company launched the USSF-44 mission for the U.S. Space Force from NASA’s Kennedy Space Center.

USSF-44 employed a Falcon Heavy rocket, the most powerful launcher flying today. The mission was just the fourth ever for the Falcon Heavy and its first since June 2019.