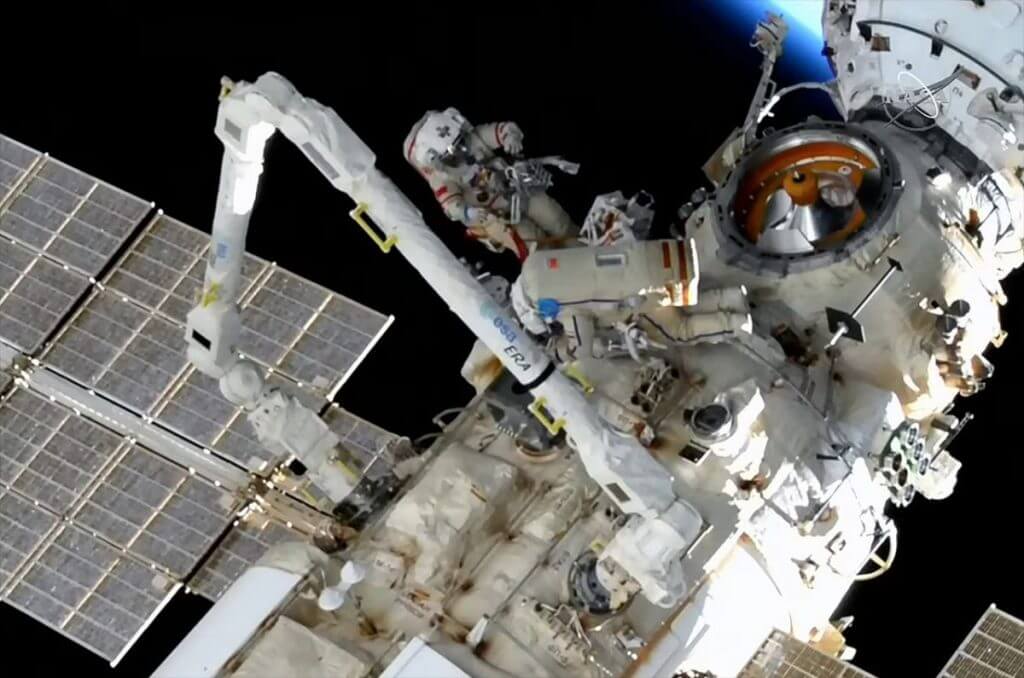 Two cosmonauts are heading back into the black after a spacesuit problem cut short their spacewalk two weeks ago.

The cosmonauts will install upgrades on the European Robotic Arm Friday morning (Sept. 2), after the arm successfully performed its first motion last month.

Commentators on spacewalks by Roscosmos, Russia’s federal space agency, tend to speak Russian, but English interpreters will translate the comments in real time during Friday’s webcast.

In pictures: The most memorable spacewalks in history

Artemyev and Matveev conducted a spacewalk to work on the robotic arm on Aug. 17. But Moscow Mission Control ordered Artemyev to head back to the airlock early after his Orlan spacesuit experienced a battery problem.

NASA did not provide an update in the latest press release about the steps Roscosmos took in assessing the spacesuit issue or in approving the new spacewalk to go forward.

The cosmonauts will be working to complete “unfinished tasks” from the August spacewalk, NASA stated, which was cut short at 2.5 hours into the planned 6.5-excursion.

“The primary objectives of the spacewalk are to relocate an external control panel for the arm from one operating area to another and test a rigidizing mechanism on the arm that will be used to facilitate the grasping of payloads,” the agency added.

— Spacewalks: How they work and major milestones

— In photos: The amazing spacewalks of Expedition 61

The two cosmonauts, however, did complete enough work on Aug. 17 for European controllers to do first motion on the arm on Aug. 24.

“This first motion involved unleashing the payload — a single pin latch and its adapter for the cosmonaut support tool — from Nauka, moving it to the other side of the module and then installing it back to the original position,” European Space Agency officials stated (opens in new tab). (Nauka is the Russian module that the arm launched to space with in July 2021.)

The arm moved a payload about the size of a small suitcase during the test, but when fully ready it will be able to heft payloads with a mass of nearly 9 tons. Controllers plan a more ambitious arm test in mid-September to assess the brakes, joint motion, force control and camera image quality.

As with the August spacewalk, Artemyev will wear a Russian Orlan spacesuit bearing red stripes, while Matveev will sport a Russian Orlan suit adorned with blue stripes. This will be the eighth spacewalk for Artemyev and the fourth for Matveev, NASA stated.

Friday’s spacewalk will also be the eighth at the ISS in 2022 and the 253rd supporting its assembly and maintenance since 1998, based on data from previous spacewalks.