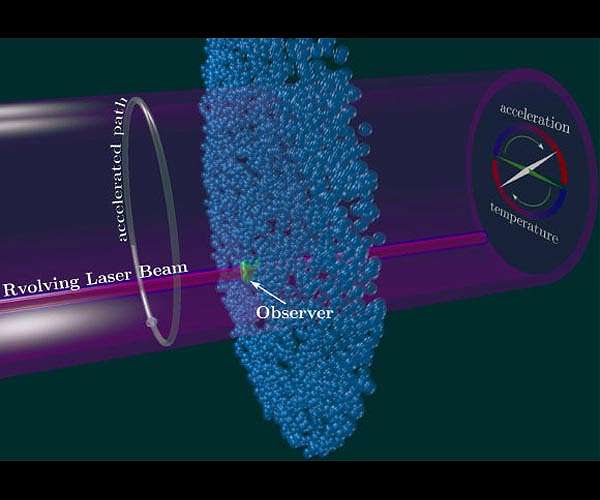 A major hurdle for work at the forefront of fundamental physics is the inability to test cutting-edge theories in a laboratory setting. But a recent discovery opens the door for scientists to see ideas in action that were previously only understood in theory or represented in science fiction.

One such theory is on the Unruh effect. When astronauts in a spacecraft undergo super strong acceleration and see the light of stars stream by, then the Unruh effect is an additional warm glow on top of the streaming light. First predicted by Canadian physicist Bill Unruh, this effect is closely related to the glow from black holes predicted by Stephen Hawking. This is because black holes strongly accelerate everything towards them.

“Black holes are believed to be not entirely black,” says Barbara Soda, a PhD student in physics at the University of Waterloo. “Instead, as Stephen Hawking discovered, black holes should emit radiation. This is because, while nothing else can escape a black hole, quantum fluctuations of radiation can.”

Similar to how the Hawking effect needs a black hole, the Unruh effect requires enormous accelerations to produce a significant glow. The Unruh effect was therefore thought to be so weak that it would be impossible to measure with the accelerations that can be achieved in experiments with current technology.

In an unexpected twist, the team also discovered that by delicately balancing acceleration and deceleration, one should even be able to make accelerated matter transparent.

The ability to experiment on the Unruh effect as well as on the new phenomenon of acceleration-induced transparency provide a big boost for physicists, who have long been searching for ways to unify Einstein’s theory of general relativity with quantum mechanics.

“The theory of general relativity and the theory of quantum mechanics are currently still somewhat at odds, but there has to be a unifying theory that describes how things function in the universe,” says co-author Achim Kempf, a professor of applied mathematics and member of the Institute for Quantum Computing at Waterloo. “We’ve been looking for a way to unite these two big theories, and this work is helping to move us closer by opening up opportunities for testing new theories against experiments.”

The team is now setting out to conduct further laboratory experiments. They are also excited by the impacts of the research on some of the fundamental questions about physics and the nature of the universe.

“For over 40 years, experiments have been hindered by an inability to explore the interface of quantum mechanics and gravity,” says co-author Vivishek Sudhir, an assistant professor of mechanical engineering at the Massachusetts Institute of Technology and an affiliate of the Laser Interferometer Gravitational-Wave Observatory (LIGO). “We have here a viable option to explore this interface in a laboratory setting. If we can figure out some of these big questions, it could change everything.” 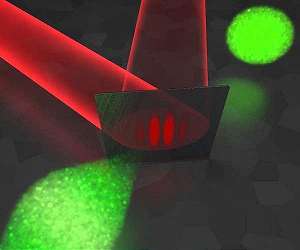 A new window into the world of attosecond phenomena


They are everywhere, around us and within us. Phenomena lasting trillionths of a second form the core of chemistry and biology. It is only recently that we have begun to try to accurately record their actual course, with moderate success. However, physicists from Cracow have proven that the new window to the world of attophysics can be built, offering a very promising view.

Whether in the depths of a cell or inside a test tube, chemical reactions involving changes in the configuration of electrons … read more