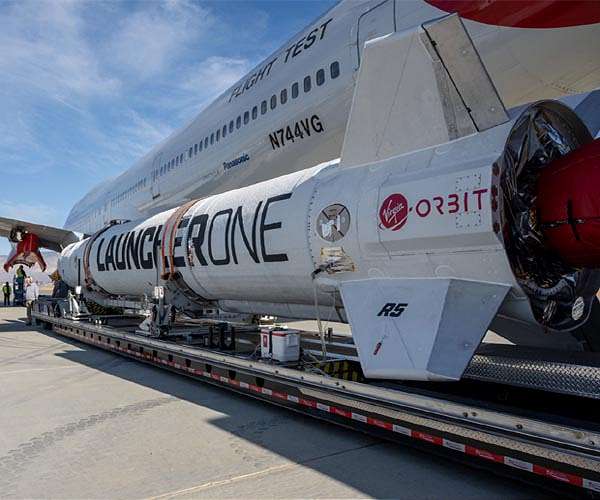 Virgin Orbit (Nasdaq: VORB) has entered flight preparation mode for its forthcoming launch, Straight Up, that will support the United States Space Force’s STP-28A mission. After departing Virgin Orbit’s Long Beach rocket factory on Thursday, April 28, 2022, the rocket arrived at the Mojave Air and Space Port. It will support the Rocket Systems Launch Program (RSLP) and will carry payloads for the Department of Defense (DoD) Space Test Program (STP).

Integration testing with airplane and ground equipment will take place followed by a full launch rehearsal and final mating to the customized 747 that serves as Virgin Orbit’s flying and fully re-usable launch pad and mobile mission control room. Launch is expected no earlier than June 29. The launch window is projected to open at 8 pm local time, representing the first night mission for the responsive launch company. The target orbit is approximately 500km above the Earth’s surface at 45 degrees inclination – an orbit that no other system has reached from the West Coast.

Playing a key role in the Straight Up launch will be the Virgin Orbit National Systems team, which has developed and provided services to the national security community, focused on defense and the protection of the United States and its allies through Virgin Orbit’s responsive space capabilities. To date, Virgin Orbit has launched three successful back-to-back launches, including eight DoD Science and Technology demonstrations across two flights.

The launch name, Straight Up, is inspired by American singer Paula Abdul’s breakthrough song Straight Up from her debut studio album Forever Your Girl. Released through Virgin Records on June 21,1988, it was the most successful debut album ever at the time of its release. The iconic dance-pop tune has remained Abdul’s biggest international hit to date.

“Virgin Orbit has been rising ‘straight up’ since we began commercial launch operations 18 months ago,” said Virgin Orbit CEO Dan Hart. “More and more, we are seeing the importance of space to the security of the U.S. and allied countries. We are honored and committed to supporting the Space Force at this critical time.”

Mark Baird, President of the newly renamed Virgin Orbit National Systems (formerly VOX Space) added, “We believe this launch will demonstrate the significant maturation and operationalization of a unique capability. I’m excited to see Straight Up, wheels up.” 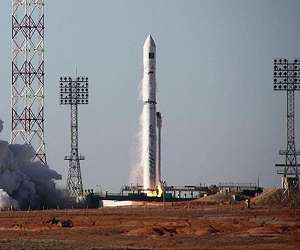 
A British man and a Belarusian woman have been detained at the Russian spaceport of Baikonur in Kazakhstan, Russia’s space agency Roscosmos said on Saturday.

The two were apprehended “in the area of launch pad 112”, and were being held at “the department of internal affairs of the city of … read more