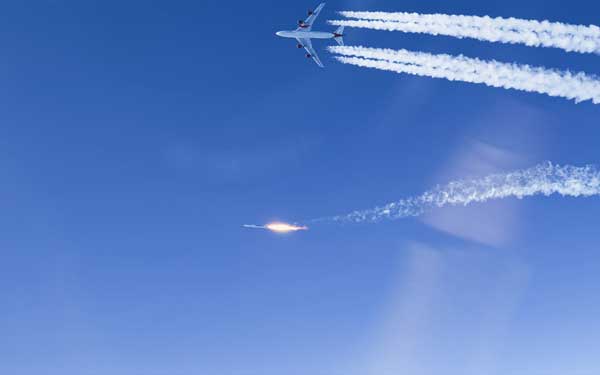 MOJAVE, Calif. (Virgin Orbit PR) –Virgin Orbit (Nasdaq: VORB), a leading responsive launch provider, announced today that its latest rocket has completed a full launch rehearsal and is now ready for flight. The window for the company’s next launch, planned to be the first orbital space launch from the U.K., will be determined by the launch permitting regulatory process.

This rehearsal marked the final major acceptance test of the rocket prior to mating to its carrier aircraft – an upcycled Boeing 747 dubbed “Cosmic Girl”– and beginning pre-launch operations. Meanwhile, integration of customer satellites into the rocket’s fairing is expected to begin this week in the newly inaugurated Space Systems Integration Facility (SSIF) at Spaceport Cornwall.

With its newest rocket to date, Virgin Orbit looks to build on an unblemished track record of successful operational orbital launches. To date, the company has delivered each of the thirty-three satellites it has carried precisely to its desired orbit. In doing so, Virgin Orbit’s air-launched system has illustrated the robustness of its system by proving its ability to fly through and above inclement weather, integrate rapid-call up payloads, and reach a broader range of orbits than would be possible from a traditional ground-launched system. Those proven capabilities are vital to the exciting, emerging markets in responsive and international launch.

The company’s most recent rocket completed its full wet dress rehearsal on October 2, three months after the successful launch of its Straight Up mission. This reduction of nearly half of the time required between the company’s previous missions, along with a significant decrease in the cost of manufacturing, continues the trend of the company’s rapid evolution into a higher operational cadence.

As an air-launched system, Virgin Orbit’s LauncherOne can turn nearly any airport into a spaceport. This capability creates a new level of mobility for satellite launch, thereby enabling sovereign launch capability in new markets. The launch from the Cornwall spaceport will demonstrate Virgin Orbit’s ability to enable virtually any country to become a space faring nation.

Once manufactured, integrated, and tested, a LauncherOne rocket can be sent off to any of a variety of locations for final preparation and launch, responding to the needs of the commercial, civil, and national security space communities.

In addition to the rapidly approaching mission that will bring orbital launch to the United Kingdom for the first time, Virgin Orbit has announced collaborative efforts to bring its unique air launch system to the nations of Australia, Brazil, Japan, Poland, and the Republic of Korea.

Virgin Orbit (Nasdaq: VORB) operates one of the most flexible and responsive space launch systems ever built. Founded by Sir Richard Branson in 2017, the Company began commercial service in 2021, and has already delivered commercial, civil, national security, and international satellites into orbit. Virgin Orbit’s LauncherOne rockets are designed and manufactured in Long Beach, California, and are air-launched from a modified 747-400 carrier aircraft that allows Virgin Orbit to operate from locations all over the world in order to best serve each customer’s needs. Learn more at www.virginorbit.com and visit us on LinkedIn, on Twitter @virginorbit, and on Instagram @virgin.orbit.