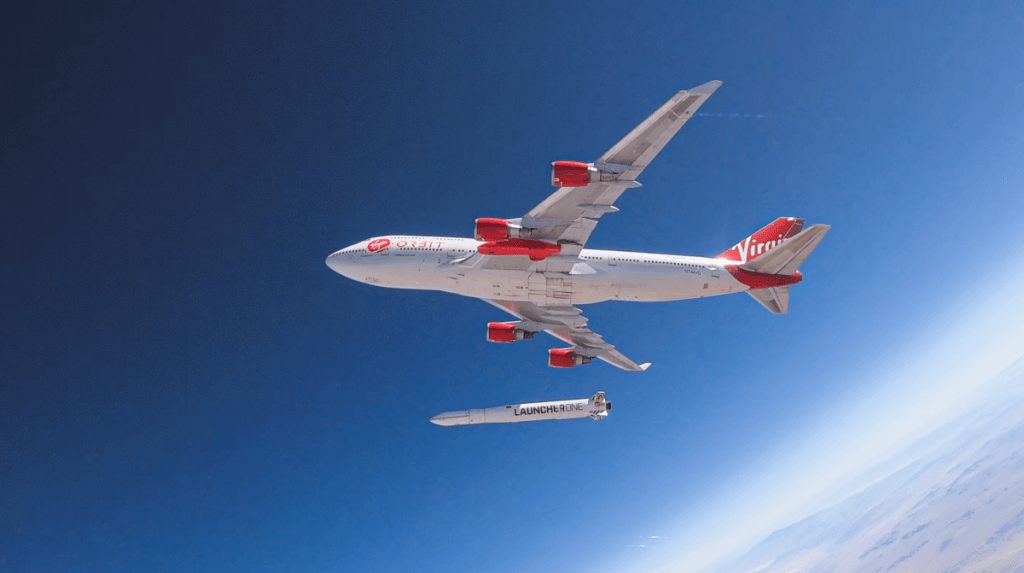 Virgin Orbit could end up becoming an important part of European defense plans and infrastructure.

The company announced today (Oct. 18) that it has signed a letter of intent with Luxembourg’s Minister of Defence to study ways that Virgin Orbit could boost the resilience of the North Atlantic Treaty Organization (NATO) and allied states.

Virgin Orbit delivers satellites to orbit using a 70-foot-tall (21 meters) rocket called LauncherOne, which is dropped at altitude from a carrier plane. This air-launch system is flexible and responsive, allowing customers to get their payloads up on short notice from a variety of sites around the world, company representatives say.

These characteristics could potentially benefit NATO, Virgin Orbit representatives said. The newly announced agreement will assess the possible advantages and how best to leverage them.

“In this initiative, Virgin Orbit will develop a plan for the development, delivery, mobilization and sustainment of LauncherOne ground support equipment and other responsive launch infrastructure that would be allocated for Allied use,” company representatives said in a statement (opens in new tab).

“Through this collaboration, Virgin Orbit and the [Luxembourg] Directorate of Defence will engage with partners interested in leveraging this capability and determine the necessary operating constructs and requirements for delivering responsive launch infrastructure to Luxembourg that would allow Allied nations to conduct horizontal launches from a network of active and on-call spaceports in Europe,” they added.

Russia’s ongoing invasion of Ukraine has thrown NATO’s defensive role, capabilities and needs into starker relief. For example, both Sweden and Finland have now applied for NATO membership, to help protect themselves against potential Russian aggression.

The Ukraine invasion has also shaken up Europe’s launch landscape. For instance, just days after the invasion began in February, Russia halted the launch of Soyuz rockets from Europe’s Spaceport in French Guiana, citing sanctions imposed by the European Union.

Virgin Orbit has four successful launches under its belt, all of which have lifted off from the Mojave Air and Space Port in California. But the company will expand its geographic footprint soon: Virgin Orbit is gearing up for a launch from Spaceport Cornwall in England next month. It will be the first-ever orbital mission to lift off from the United Kingdom.