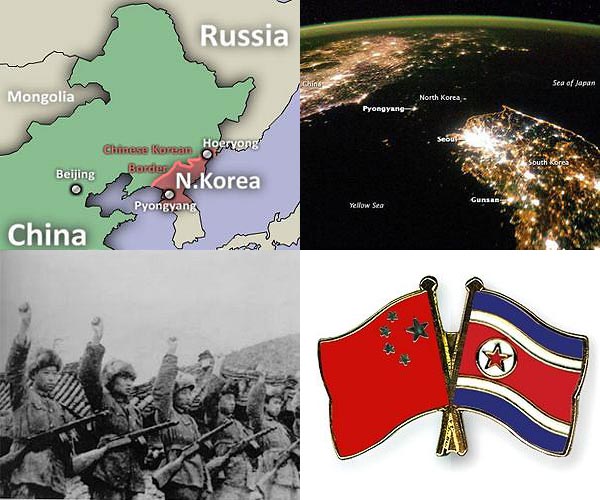 The United States on Friday assailed China and Russia at the UN Security Council for having “enabled” North Korea, which has launched a record-breaking blitz of missile tests.

North Korea has also mobilized warplanes, leading Seoul to scramble its own stealth jets, in fury over the largest-ever military drills between the United States and Seoul — which have been extended through Saturday.

At the United Nations, US envoy Linda Thomas-Greenfield denounced — without naming them — China and Russia, which in May vetoed a US-led effort to tighten sanctions on North Korea in response to earlier launches.

The North, formally known as the Democratic People’s Republic of Korea, “has enjoyed blanket protection from two members of this council,” she told an emergency Council session.

“These members have bent over backwards to justify the DPRK’s repeated violations and in turn they have enabled the DPRK and made a mockery of this council,” Thomas-Greenfield said, urging “unity” on enforcing sanctions.

She dismissed criticism of the military exercises as “DPRK propaganda,” saying the drills “pose no threat” to other countries, and reiterated that President Joe Biden’s administration was open to dialogue.

“The current escalation is unprecedented and these new provocations are unacceptable,” he said.

But China, North Korea’s closest ally, and Russia, whose relations with the West have severely deteriorated over its invasion of Ukraine, placed the blame on the United States.

Chinese Ambassador Zhang Jun pointed to the US-South Korean military exercises and the Pentagon’s recent warning in a strategy document that a nuclear attack by North Korea would mean an “end” to Kim Jong Un’s regime.

“The DPRK’s recent launches and activities did not happen in isolation; they are directly linked to the words and deeds of relevant parties,” he said.

The Chinese envoy called on the United States to address “the legitimate and reasonable concerns of the DPRK so as to create conditions for the resumption of meaningful dialogue.”

The 10 non-permanent members of the Security Council, which include India, Brazil and Mexico, in a joint statement also condemned the missile launches and urged Pyongyang to refrain from further tests.

The meeting ended without a joint statement from the whole Security Council.

South Korea said Friday it detected the mobilization of around 180 North Korean warplanes and that Seoul scrambled 80 fighter jets in response.

North Korea has launched 59 missiles in recent days including an intercontinental ballistic missile and one that landed near South Korea’s territorial waters for the first time since the end of the Korean War in 1953.

Pyongyang has called the joint air drills, dubbed Vigilant Storm, “an aggressive and provocative military drill targeting” North Korea, and threatened that Washington and Seoul would “pay the most horrible price in history” if it continued.

North Korea is particularly sensitive about the air drills, experts say, as its own air force is one of the weakest links in its military, lacking high-tech jets and properly trained pilots.

The ongoing joint drills involve some of South Korea and America’s advanced fighter jets — F-35As and F-35Bs, both of which are stealth aircraft designed to produce as small a radar signature as possible.

Such jets “would be a central component in any decapitation operations targeting the North Korean leadership including Kim Jong Un himself,” said Go Myong-hyun, a researcher at the Asan Institute for Policy Studies.

“We know for a fact that North Korea is highly sensitive to these kinds of threats.”

Earlier this year there were reports that US and South Korean commandos were practicing so-called “decapitation strikes” — the removal of North Korea’s top leadership in a lightning-fast military operation.

The North’s latest launches come as South Korea is in a period of national mourning after more than 150 people — mostly young women in their 20s — were killed in a crowd crush in Seoul on Saturday.

Pyongyang’s provocations, “especially during our national mourning period, are against humanity and humanitarianism,” said Lee Hyo-jung, a vice spokesperson at Seoul’s unification ministry.

In addition to extending Vigilant Storm through Saturday, Seoul’s military announced that next week it will hold the annual Taegeuk exercise, a computer simulation that prepares capacity to respond to North Korea’s nuclear and missile threats. 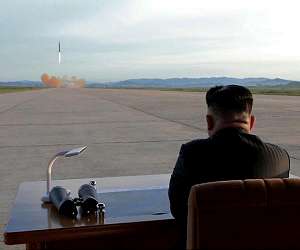 North Korea fired one long-range and two short-range ballistic missiles Thursday, Seoul’s military said, with one prompting warnings for residents of a South Korean island and people in parts of northern Japan to seek shelter.

Seoul’s military said it had detected “one long-range ballistic missile, which is believed to have been launched into the East Sea from around 07:40 am (2240 GMT) in Sunan area of Pyongyang,” it said, referring to the body of water also known as the Sea of Japan.