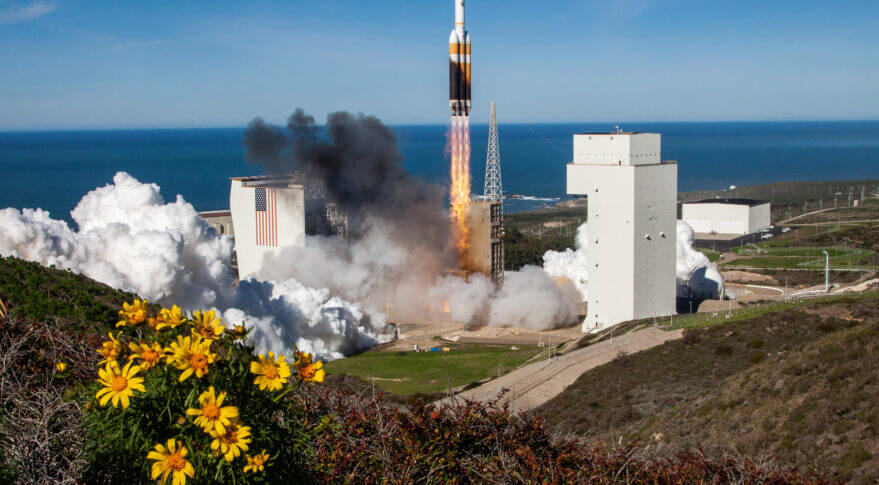 After completing the NROL-91 mission, ULA will start vacating SLC-6 and consolidate operations at SLC-3

This will be Delta 4’s final launch from the West Coast. ULA is under contract to launch two more missions on the Delta 4 Heavy in 2023 and 2024, but will fly those from Cape Canaveral, Florida, after which the vehicle will be retired.

The launch of NROL-91 marks the end of an era, Col. Chad Davis, the NRO’s director of the Office of Space Launch, told reporters Sept. 22. “I think bittersweet is absolutely the right word to use with that.”

During a call with reporters, Col. Bryan Titus, vice commander for Space Launch Delta 30 at Vandenberg, said range officials are in active discussions with launch companies to try to get a new tenant for SLC-6.

Space Launch Delta 30 is the Space Force unit that operates the Vandenberg range.

“I’m fairly confident that it will be utilized,” Titus said of SLC-6. He declined to name any potential tenants.

Most launches at Vandenberg today are conducted by SpaceX, which leases Space Launch Complex-4 for launches and booster landings.

Titus noted SLC-6’s storied past. It was originally built in the 1960s to launch the Air Force’s never-flown Manned Orbital Laboratory, and repurposed in the 1980s as a dedicated launch and landing site for military space shuttle missions. After the 1986 Space Shuttle Challenger disaster, the Air Force mothballed the site without ever conducting a West Coast shuttle launch. It reactivated the site in the 1990s for a handful of Lockheed Martin Athena launches and eventually turned it over to the Delta 4 program. SLC-6’s runway has been used to land the Air Force’s X-37B reusable spaceplane.

Blue Origin and Northrop Grumman reportedly considered working out an arrangement with ULA to use SLC-6 to launch national security missions had they been selected for the National Security Space Launch Phase 2 contract. But both were edged out by ULA and SpaceX in August 2020.

The pad “has had many lives,” said Titus. “I think everyone at Vandenberg has a warm spot in their hearts for that place, and we’re going to make sure it’s continued to be utilized, but we don’t know exactly how,” he added. “There are many other launch service providers out there that could find utility in that location. There’s a lot of infrastructure there.”

Gary Wentz, ULA’s vice president of government and commercial programs, said the company is preparing for Atlas 5’s final West Coast launch from SLC-3 scheduled for November 1. That will be the Joint Polar Satellite System 2 polar-orbiting weather satellite, developed by NASA and the National Oceanic and Atmospheric Administration.

After that mission is completed, SLC-3 will be outfitted with new equipment in preparation for Vulcan, which is projected to start flying in 2023.

He said ULA did not see a need to keep two launch pads on the West Coast. “From a business perspective, it was appropriate for us to use SLC-3 because there was a lot of commonality between Atlas and Vulcan systems.”