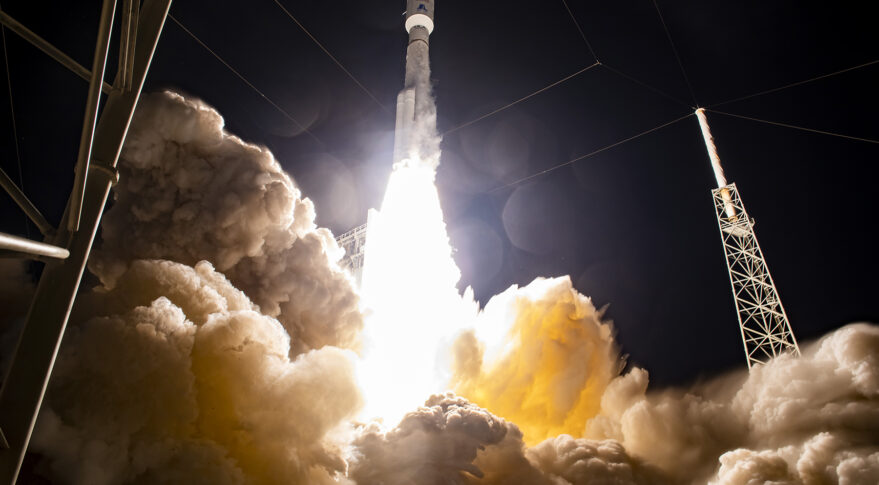 The launch had been scheduled for Dec. 5 but was postponed to repair a leak discovered in a propellant ground storage system.

Badri Younes, deputy associate administrator for NASA’s space communications and navigation program, said the LCRD was designed to be able to downlink data over optical signals at a rate of 1.2 gigabits per second. Transmitting a map of Mars to Earth might take nine years with current radio systems, but as little as nine weeks with laser communications.

Both the STPSat-6 and LPDE-1 spacecraft were built by Northrop Grumman.

The STP-3 mission was originally scheduled to launch in 2019. Setbacks in the development of NASA’s laser communications payload and scheduling problems caused by the pandemic delayed the mission.

Out-of-autoclave production cures carbon fiber composites using only an oven. Wentz said the company wanted to fly these new features on Atlas 5 to accumulate flight experience before they transition to ULA’s future rocket Vulcan Centaur, which will have a larger 5.4 meter payload fairing.