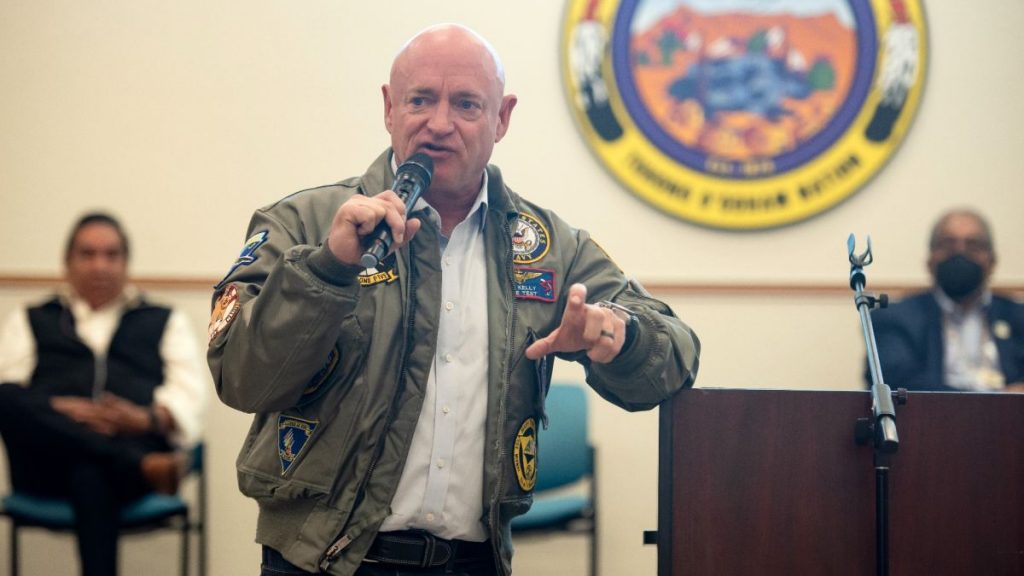 The U.S. midterm elections of 2022 are on Tuesday (Nov. 8), and several key races have the potential to influence space policy for years to come.

In the United States, space policy is largely contingent upon the legislation of the two houses of Congress: the Senate and the House of Representatives. While the executive branch, which includes the president and vice president, can draft space legislation, it is the U.S. Congress that ultimately votes on the funding for NASA and the U.S. Department of Defense’s space programs. Two committees in particular, the House Subcommittee on Space and Aeronautics (opens in new tab) and the Senate Subcommittee on Science and Space (opens in new tab), have jurisdiction over national space policy, NASA and its associated laboratories, and both domestic and international U.S. space policy.

In the midterm elections of 2022, several members of these committees are up for reelection, which could affect how the committees legislate space policy issues if new members are elected. In addition, there is one former astronaut and space shuttle commander up for reelection: Sen. Mark Kelly (D-AZ) of Arizona.

Related: NASA aiming for big 2023 thanks to generous budget request

As the Federation of Scientists points out in a 2022 fact sheet (opens in new tab), most congressional legislation about NASA centers on the availability of funding for the agency’s endeavors.

One big-ticket NASA project, the Artemis moon program, has drawn considerable interest from both Congress and the general public recently, given that it’s working to put boots on the lunar surface just a few years from now.

The first mission in the program, Artemis 1, was supposed to launch in late August but was pushed to mid-November by technical issues and Hurricane Ian. The uncrewed Artemis 1 will be the first-ever mission for NASA’s giant Space Launch System (SLS) rocket, which has had a long and expensive journey to the launch pad, inviting scrutiny and criticism from lawmakers and space fans alike.

NASA’s support for the rocket was largely dictated by Congress. When Congress passed the 2010 NASA Authorization Act, the “law directed NASA to build the rocket using space shuttle and [existing previous] contracts, so that even the engines used on the 1970s-designed space shuttle would power NASA’s new SLS,” according to the Washington Post (opens in new tab).

As Ars Technica’s Eric Berger reported in March 2022 (opens in new tab), Congress “has long supported the rocket as it provides many jobs across many states.” The nonprofit Planetary Society, meanwhile, wrote in August 2022 (opens in new tab) that SLS is a “product not of NASA’s leadership but of congressional legislation.”

For this reason, the seats on the two main Congressional space committees up for grabs in this year’s midterm elections could potentially have a significant impact on what NASA funds and how going forward.

Kelly was first elected in a special 2020 election in Arizona following the passing of longtime senator John McCain. Kelly won with 51.2% of the state’s vote and assumed office on Dec. 2, 2020. Despite being a former astronaut, Kelly has yet to serve on the Senate’s Subcommittee on Science and Space. However, Kelly serves on the Senate Armed Services Committee

Arizona is described as one of the key “battleground states” in this year’s midterm elections; which of the two main American political parties controls the Senate could come down to just a handful of close races. Business Insider reports (opens in new tab) that Kelly’s seat “could decide control of the Senate.”

Inside Elections has so far predicted that the Arizona senate election is a “toss-up.” However, there are polls that show that Kelly is “poised to fend off” his challenger, Republican Blake Masters, according to CNBC (opens in new tab).

Kelly is only the fourth former astronaut to be elected to the United States Congress, following in the footsteps of John Glenn, the first American to orbit the Earth; the second-to-last person to step off of the moon, Harrison Schmitt; and Apollo 13 crew member Jack Swigert.

—  Is SLS worth the cost? NASA’s new megarocket comes with a mega price tag

Based on the length of term for representatives in the U.S. House, nearly every member of the House Subcommittee on Space and Aeronautics is up for reelection this year. Brian Babin (R-TX), Donald Norcross (D-NJ), Don Beyer (D-VA), Ami Bera (D-CA), Brad Sherman (D-CA), Zoe Lofgren (D-CA), Bill Posey (R-FL), Daniel Webster (R-FL), and Young Kim (R-CA) are all on the ballot for reelection on Nov. 8, 2022.

Two members of the subcommittee are not running for reelection: Ed Perlmutter (D-CO), and Mo Brooks (R-AL), who lost in a Republican primary runoff on June 21, 2022.

Legislation passed by the United States Senate can sometimes steer the direction of NASA, the programs it oversees and the decisions it makes with its funding. In 2021, for example, the Senate passed the Endless Frontier Act (opens in new tab) which, among other provisions, mandated that NASA build extra test articles for the SLS, which Ars Technica described as (opens in new tab) “absurd when we consider how very late in the game it would arrive” after the Artemis program’s first launch.

Senate races, especially those that involve members of the Senate Subcommittee on Science and Space, can therefore be pivotal in determining NASA’s actions for years to come.