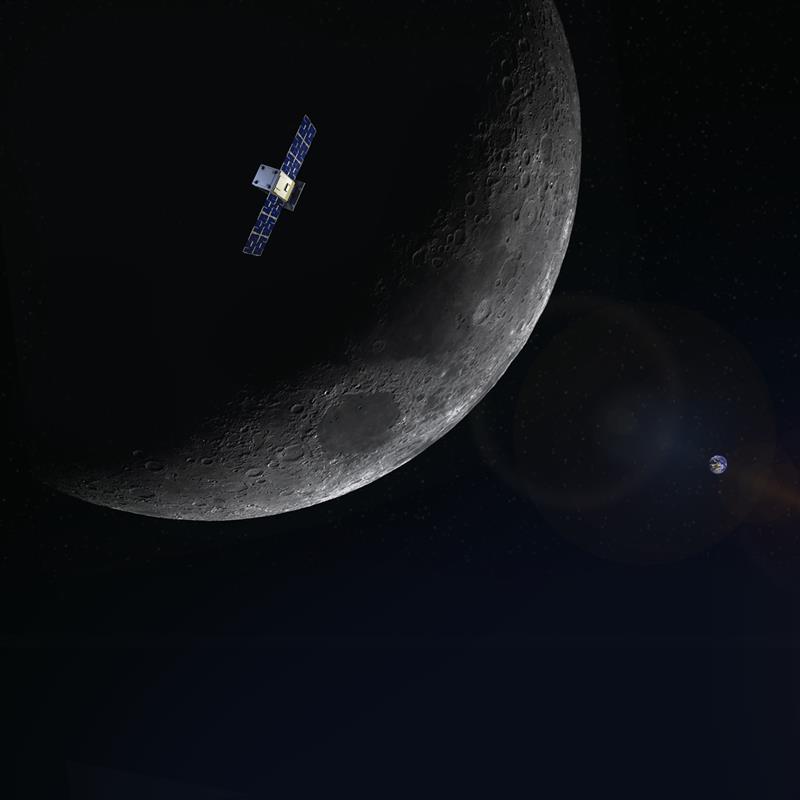 CAPSTONE is scheduled to arrive in NRHO around the Moon on November 13 (Credit: Terran Orbital Corporation)

BOCA RATON, Fla., July 12, 2022 – Terran Orbital Corporation (NYSE: LLAP), a global leader in satellite solutions, primarily serving the United States and Allied aerospace and defense industries, today announced the successful completion of CAPSTONE’s second TCM burn. Much smaller than the first TCM burn, this second TCM burn demonstrates the spacecraft’s ability to perform small and precise maneuvers, a capability that is critical to operations in a Near Rectilinear Halo Orbit (NRHO). The maneuver further cleaned up launch injection dispersions and any execution dispersions that occurred during the first burn.

For each burn, navigation information is collected by NASA’s Deep Space Network and processed by the Advanced Space flight dynamics team. The Terran Orbital Mission Operations Center then commands the burn and processes the post-burn telemetry. As with the first TCM burn, Terran Orbital Guidance Navigation and Control systems perfectly performed the maneuver as designed by Advanced Space. Statistics for the burn include:

“An outstanding team of engineers led CAPSTONE from conception to reality and are now guiding the spacecraft as it charts a new path to the Moon,” continued Bell. “Terran Orbital is again incredibly grateful to NASA and Advanced Space for the opportunity to contribute to this historic mission.”

Designed, built, and integrated by Terran Orbital, CAPSTONE launched into space aboard Rocket Lab’s Electron, attached to the company’s Lunar Photon, on June 28. The spacecraft is using a highly efficient ballistic lunar transfer (BLT) to harness the gravity of the Sun to transfer to the Moon. Terran Orbital is leading mission operations in collaboration with Advanced Space and NASA’s Deep Space Network. CAPSTONE is set to reach NRHO around the Moon on November 13.