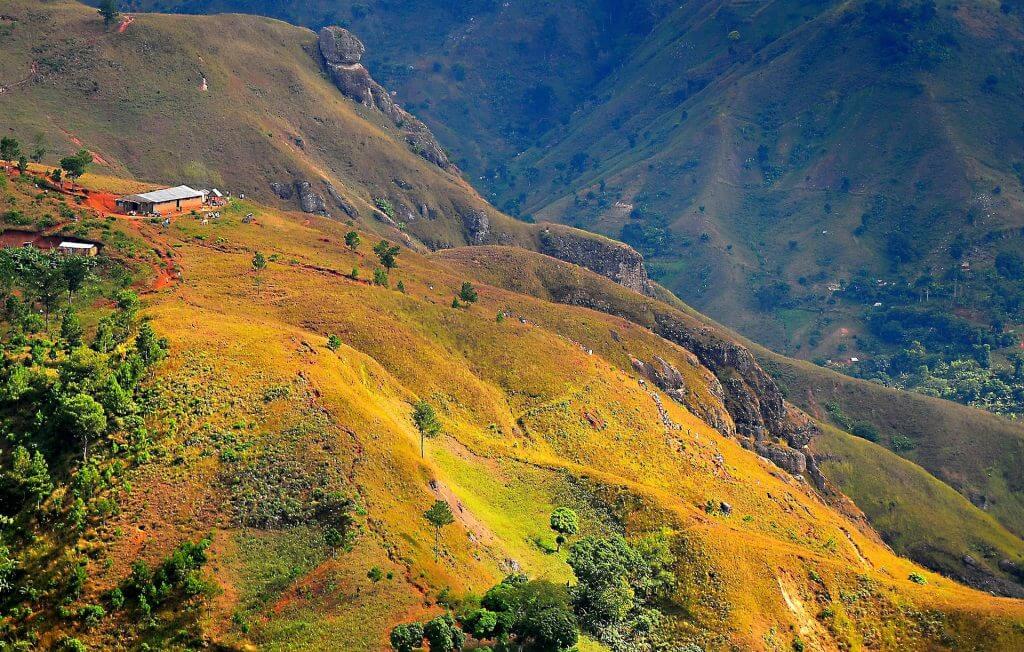 Using details from historical newspaper accounts and letters, seismologists have learned more about Haiti’s 1860 Jour de Pâques (Easter Sunday) earthquake sequence, and how it might have impacted the country’s most recent devastating earthquakes.

The new analysis published in the Bulletin of the Seismological Society of America suggests that the 1860 sequence may have released strain in an unusual gap between the 2010 magnitude 7.0 Léogâne earthquake and the 2021 magnitude 7.2 Nippes earthquake.

The 2010 and 2021 earthquakes, both of which caused significant deaths and damage, took place on the same fault systems in southern Haiti. Satellite observations collected after the 2021 earthquake showed that the rupture zones for the two earthquakes were separated by a roughly 50-kilometer gap.

Stacey Martin, a Ph.D. student at the Australian National University, noticed the gap while preparing for a presentation on the 2021 earthquake for the seismology group at the Research School of Earth Sciences at the ANU. Further discussions with U.S. Geological Survey seismologist Susan Hough led the two to look for more information on the 1860 event, which might have taken place in the gap.

Previous studies concluded that there was only one Jour de Pâques event. “However, after locating the first of the newspapers … it quickly became clear that there were two large events and it would be possible to say something more definitive about each,” said Martin. “Working together with Sue to track down accounts and then model the event, it gradually became clear to us that there was a lot more to the 1860 story.”

The researchers collected historical accounts about earthquake shaking, building damage and tsunami related to the 1860 event from French-language Haitian newspapers, accounts from ship captains that were published in English-language newspapers, and an eyewitness account written in German in a letter from the town of Les Cayes.

The accounts offer a sometimes-colorful glimpse at how the earthquakes played out across the region—breaking dishes, pushing people to camp in the streets, flooding graveyards and in the case of one significant aftershock, causing people to think “they were seeing their final hour.”

Martin and Hough used details about shaking, structure damage and locations from these accounts, along with information on building materials used at the time to estimate intensities for the sequence’s events. The researchers used these data to reconstruct possible locations and magnitudes for the events.

The accounts clearly indicate that there were two large events at the start of the sequence: a magnitude 6.0 to 6.4 earthquake that occurred along the coastline, near l’Anse-à-Veau on the morning of 8 April 1860; and a second earthquake that evening that Martin and Hough estimate to be magnitude 6.6 to 6.9. This second larger earthquake may have been a multi-fault rupture taking place on the fault zone that contained the 2010 and 2021 earthquakes.

“The level of detail in the German account and in some of the letters and reports published in local newspapers was critical in allowing us to distinguish separate events,” Martin said. “These, in particular the German letter, clearly stated the times when shocks were felt. Some of the newspapers also republished letters from individuals in the area who ascribed damage to different events clearly.”

Despite delays in receiving materials and the inability to visit libraries and archives during the pandemic to comb through these primary sources, Martin said the data they contained was worth the wait. While some seismologists find the process of tracking down historical sources too time-consuming or difficult, he said, “not seeking them out would be tantamount to deploying an expensive, highly sensitive seismometer and never bothering to recover or consult the data it records after a major earthquake.”

The researchers say more work is needed to find paleoseismological traces of past earthquakes in Haiti’s southern peninsula, and to determine how they might relate to current seismic hazard in the region. “What our study highlights additionally is that smaller, unmapped faults still pose a threat to Haiti’s towns and cities,” said Martin.

Provided by
Seismological Society of America

Citation:
Haiti’s 1860 Jour de Pâques earthquakes may have released strain in key fault zone (2022, July 12)
retrieved 13 July 2022
from https://phys.org/news/2022-07-haiti-jour-de-pques-earthquakes.html
This document is subject to copyright. Apart from any fair dealing for the purpose of private study or research, no
part may be reproduced without the written permission. The content is provided for information purposes only.