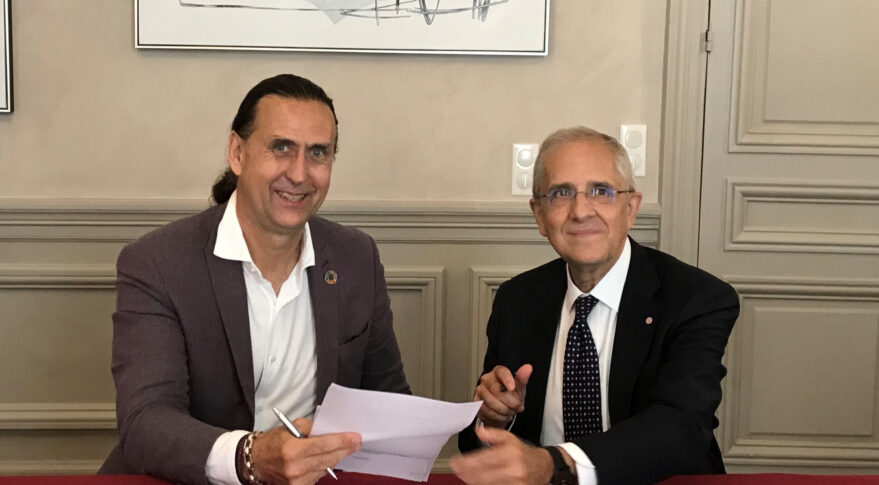 Each of these satellites will be the size of 12 cubesats. The Canadian company had previously ordered three larger SSA satellites from Thales Alenia Space, another joint venture between Thales and Leonardo, but has canceled this agreement in favor of Spire to accelerate its constellation plans.

Stewart Bain, NorthStar’s CEO, said the company has options for up to 30 satellites with Spire for monitoring near-Earth orbits, which the startup says will be able to track objects down to five centimeters in LEO.

Telespazio plans to integrate NorthStar’s space-based SSA data into its existing space domain awareness solutions, which use ground-based sensors to track debris and satellites in near-Earth orbit in addition to asteroids.

This is “critical to address sophisticated market requirements,” Pasquali said, including defense.

In addition to its headquarters in Italy, Telespazio has subsidiaries in the U.K., France, Germany, Spain, Belgium, and Romania that it plans to leverage to distribute NorthStar’s SSA capabilities to European customers.

The company is also an investor in NorthStar, which has raised more than $90 million for its planned constellation.

NorthStar is developing its SSA data products in partnership with SES, a satellite operator based in Luxembourg, where the Canadian company is setting up its European headquarters.