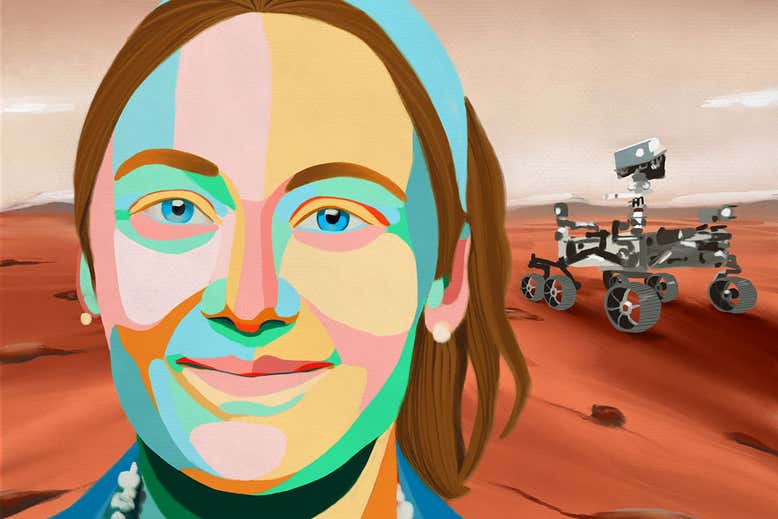 PERSEVERANCE is the fifth rover that humans have landed on Mars. Its mission is the most exciting yet. While previous rovers have focused on exploring the planet’s geology and potential habitability, NASA’s latest robotic explorer is actively looking for signs of ancient life. It was an epic moment when Perseverance was lowered to the surface from a hovering sky crane in February.

No wonder the scientists behind it were jubilant. One of those celebrating was geobiologist Tanja Bosak at the Massachusetts Institute of Technology. She has long studied the evidence of Earth’s earliest life in our geological record. Now she is bringing that expertise to bear on Mars.

This time, Perseverance is doing the field work for her. The rover is beginning to explore Jezero crater, which was once a Martian lake fed by rivers. It is a fantastic place to hunt for traces of life, with just the right kinds of rocks for preserving fossils, says Bosak.

One of the most interesting aspects of Perseverance’s work is choosing a selection of rocks that might contain traces of ancient life and preparing them for a return journey to Earth. The rover carries 43 pristine sample tubes, each of which will be filled and cached under its belly, then left for a subsequent mission to collect and launch back into orbit around Mars. The plan is for these to be picked up and returned to Earth as early as 2031. It is Bosak and her colleagues who have the responsibility of deciding which rocks make the cut. …