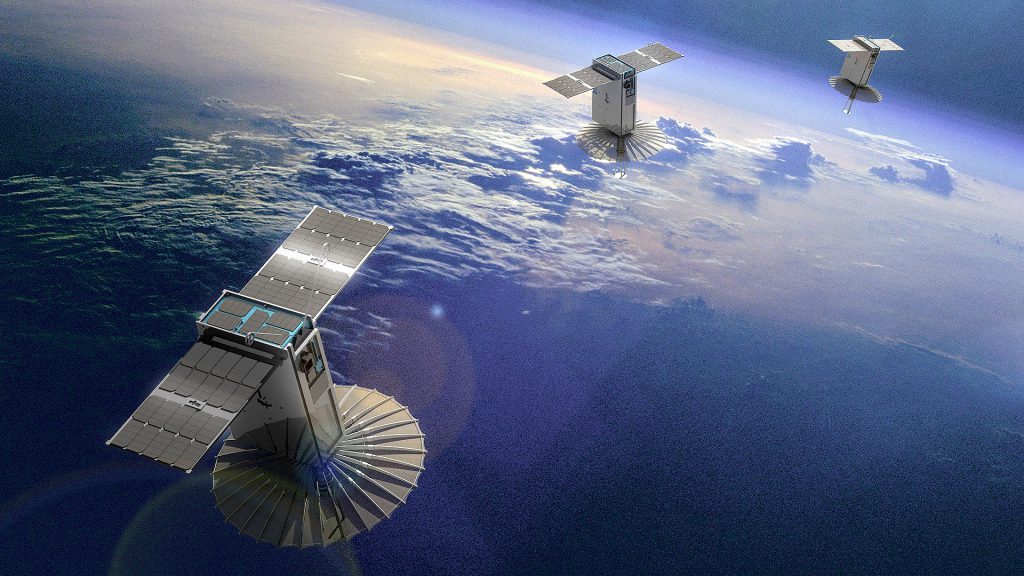 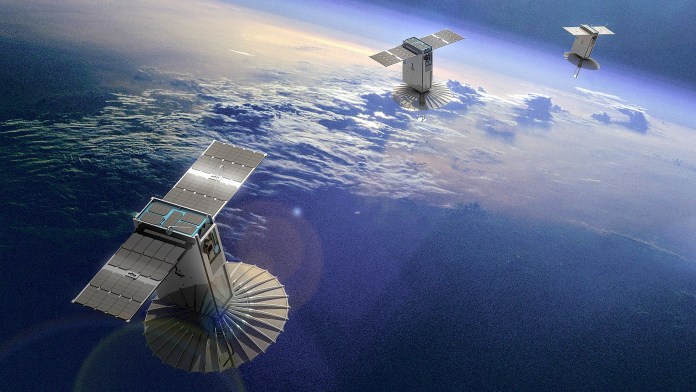 NEW YORK, NY. and BOCA RATON, FL. (October 28, 2021) — Tailwind Two Acquisition Corp. (NYSE:TWNT) (“Tailwind Two”), a special purpose acquisition company, and Terran Orbital Corporation, the global leader and pioneer in the development, innovation and operation of small satellites and earth observation solutions, jointly announced today that they have entered into a definitive business combination agreement.  Upon the closing of the transaction, the combined company (the “Company”) will operate as Terran Orbital Corporation, with plans to list on the NYSE under the symbol LLAP. The pro forma total enterprise value of the combined companies is approximately $1.58 billion. The transaction is expected to close in the first quarter of 2022.

The transaction is supported by gross proceeds of $345 million from Tailwind Two’s cash-in-trust, $50 million from a PIPE with participation from AE Industrial Partners, long-term Terran Orbital investor Beach Point Capital, Daniel Staton[1], Lockheed Martin and Fuel Venture Capital, as well as $75 million of additional financial commitments from Francisco Partners and Beach Point Capital. In connection with the closing of the transaction, up to an additional $125 million in debt commitments from Francisco Partners and Lockheed Martin may be available subject to certain conditions. Existing Terran Orbital shareholders will roll 100% of their equity into the combined company.

Terran Orbital is the pioneer and innovator of small satellites, with fully integrated operations, scale manufacturing and mission management capabilities. The company is the leading provider of small satellite solutions for military, intelligence community, civil and commercial customers. In addition, Terran Orbital is capitalizing on its fully integrated manufacturing capabilities to launch one of the most advanced earth observation constellation of small satellites, which will provide highly persistent, real-time earth imagery as a service, making earth observation data more abundant and accessible than ever before.

On September 27th, Terran Orbital announced plans to develop a $300 million, 660,000 sq.ft. space manufacturing facility on the Space Coast of Florida. Upon completion, the newly constructed facility is expected to become one of the most advanced, largest vertically integrated satellite manufacturing facilities in the world, capable of producing over 1,000 satellites and space vehicles annually.

“Terran Orbital is the largest independently-owned manufacturer of small satellites in the United States,  serving national interests and enabling our customers to leverage the strength of our platform and insights. With our high volume, innovative manufacturing of small satellites, we will be able to deliver emerging technologies to space faster, more affordably and with greater reliability than anyone.  Fundamentally, we are creating the new SaaS, Satellites-as-a-Service,” said Marc Bell, Co-Founder and CEO of Terran Orbital. “In addition, our industry-leading earth observation constellation will deliver images of any geography on earth, at any time of day or night, within minutes. This capability will unlock a high-growth, high-margin data-as-a-service business model that will be truly transformational for Terran Orbital, its customers and investors.”

“Terran Orbital offers an outstanding solution to address the increasing demand for cost-effective data that is only available from space,” said Philip Krim, Chairman of Tailwind Two. “Tens of thousands of small satellites will be launched over the next decade, and Terran Orbital is ideally positioned to meet this demand, offering the most innovative, cost-effective small satellites that can meet the data demands for governments and corporations. Similarly, Terran Orbital’s own earth observation constellation will make the most technologically advanced data about our planet commercially available, which will unlock new markets for data and insights across industries.”

“At Lockheed Martin, supporting our customers’ missions means not only delivering the most innovative products and services, but also collaborating with future-forward teams,” said Rick Ambrose, Executive Vice President, Lockheed Martin Space. “We actively pursue working with organizations that are developing disruptive technologies and leveraging alternative business models. Our experience with Tyvak, which is part of Terran Orbital, has helped us expand our core capabilities to enable hybrid, networked architectures and we look forward to continuing to work together for the benefit of our customers.”

“Small satellites will play a critical role in the future of space infrastructure and exploration, as well as provide customers with real time data to make informed and actionable decisions,” said Kirk Konert, Partner at AE Industrial Partners. “Terran Orbital is entering into commercial partnerships with BigBear.ai and Redwire to develop and enhance next generation artificial intelligence and space solutions offerings, which is why we’re pleased to back the company and support its future growth.”

Additional information about the proposed transaction will be provided in a Current Report on Form 8-K to be filed by Tailwind Two today with the Securities and Exchange Commission and available on www.sec.gov.

Please call the conference telephone number 5-10 minutes prior to the start time. An operator will register your name and organization.

A replay of the webcast will be available through November 30, 2021

In addition, Tailwind Two will file an investor presentation with the SEC as an exhibit to a Current Report on Form 8-K prior to the call, which will be available on the SEC’s website at http://www.sec.gov and at twnt.tailwindacquisition.com.

All materials can also be found at www.terranorbital.com.

This press release and any oral statements made in connection with this press release shall not constitute an offer, nor a solicitation of an offer, of the sale or purchase of any securities, nor shall any securities of Terran Orbital or Tailwind Two be offered or sold, in any jurisdiction in which such an offer, solicitation or sale would be unlawful. Neither the SEC nor any state securities commission has approved or disapproved of the transactions contemplated hereby or determined if this press release is truthful or complete. Any representation to the contrary is a criminal offense. Nothing in this press release constitutes investment, tax or legal advice or a recommendation regarding any securities. You should consult your own counsel and tax and financial advisors as to legal and related matters concerning the matters described herein, must make your own decisions and perform your own independent investment and analysis of the potential transactions.

This press release includes certain forward-looking statements, estimates, and projections provided by Terran Orbital that reflect management’s views regarding the anticipated future financial and operating performance of Terran Orbital. Forward-looking statements are statements that are not historical, including statements regarding operational and financial plans, terms and performance of Terran Orbital and other projections or predictions of the future. Forward looking statements are typically identified by such words as “project,” “believe,” “expect,” “anticipate,” “intend,” “estimate,” “may,” “will,” “should,” and “could” and similar expressions. Such statements, estimates, and projections reflect numerous assumptions concerning anticipated results. Forward-looking statements in this press release may include, for example; statements about Terran Orbital’s industry and market sizes; future opportunities; expectations and projections concerning future financial and operational performance and results of Terran Orbital; and the potential transactions, including items such as the implied enterprise value, ownership structure, the amount of redemption requests made by Tailwind Two’s shareholders, the ability of Tailwind Two to issue equity or equity-linked instruments in connection with the potential transactions or in the future, the likelihood and ability of the parties to successfully consummate the potential transactions, and those factors set forth in the section entitled “Risk Factors” and “Cautionary Note Regarding Forward-Looking Statements” in Tailwind Two’s final prospectus relating to its initial public offering dated March 8, 2021, and in subsequent filings with the SEC, including the proxy statement/prospectus relating to the potential transaction expected to be filed by Tailwind Two. As these assumptions may or may not prove to be correct and there are numerous factors which will affect Terran Orbital’s actual results (many of which are beyond Terran Orbital’s control), there can be no assurances that any projected results are attainable or will be realized. Terran Orbital and Tailwind Two disclaim any intention or obligation to update or revise any forward-looking statements whether as a result of new information, future events, or otherwise. Terran Orbital’s actual results may differ materially from those set forth in this press release. Accordingly, no representations are made as to the accuracy, reasonableness or completeness of such statements, estimates, or projections.

[1] At closing and in return for a $30 million investment in the PIPE, an affiliate of Daniel Staton will receive a payment obligation equal to $30 million to be paid quarterly over four years with the first payment occurring at quarter end after transaction close; the first year’s payments are to be paid in cash and the remaining payments are to be paid in stock or, subject to certain conditions, in cash, at the discretion of the Company. Mr. Staton serves as a director of Terran Orbital and is an existing shareholder.