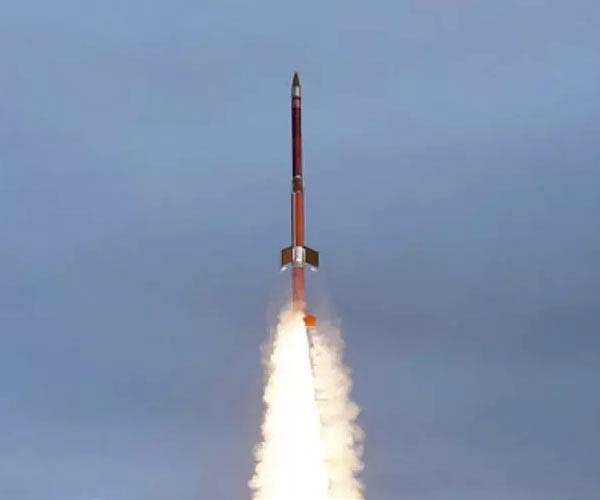 The TEXUS 57 sounding rocket was successfully launched on the first launch attempt on 1 October at 08:26 local time (06:26 UTC) from the Esrange Space Centre in Sweden to enable microgravity experiments in space. What is behind this long-lasting programme and what is its contribution to scientific research?

TEXUS (Technological Experiments in Zero Gravity) is the world’s most successful and longest lasting sounding rocket programme – the first TEXUS rocket launched in December 1977. Sounding rockets – also known as research rockets – launch scientific and technological experiments to the edge of space for a period of about six minutes before falling back to Earth.

Put simply, TEXUS helps scientists conduct biological, material science and physical experiments under space conditions at a fraction of the cost. The programme also plays an important role in preparing experiments for the International Space Station (ISS). Customers include the European Space Agency and the German Space Agency working together with various universities.

How often do TEXUS rockets take off?

On average, two rockets every 18 months. For this purpose, two-stage, 13-metre-long Brazilian VSB-30 rocket motors have been used since 2005.The rockets are launched from the Esrange Space Centre – an almost unknown location in the very north of Sweden, above the Arctic Circle. Here, the scientific payload can be easily recovered and returned to the research teams less than two hours after launch.

What does a TEXUS flight involve?

In ballistic flight a TEXUS rocket reaches a peak altitude of about 260 kilometres. The flight, from lift-off to landing, takes about 15 minutes. For six minutes, an approximate weightlessness is reached, which is only about one ten thousandth of the Earth’s normal gravity.

During the flight, the scientists can directly control and monitor their experiments from the ground using telecommand and video transmission. The data is collected during the flight by telemetry and after recovery of the payload. The rocket’s payload lands by parachute and is salvaged by helicopter with the support of Airbus and the Swedish Space Corporation, Esrange’s operator.

What was researched during the TEXUS 57 Launch?

One of the four research initiatives for this mission came from the Brandenburg University of Technology (BTU) whose aim was to study how heat and mass are transferred in fluids under space conditions. The mission results will be used in various applications like optimising heat exchangers in special cooling systems such as those used in satellites as well as for ground applications.

The first results are very promising and will be evaluated over the coming months.

The TEXUS 57 mission had to wait quite a long time for the launch attempt due to external influences. Apart from Covid-19, there was a fire at Esrange in August 2021 that caused significant damage to the launch facilities. Then at the beginning of the Russia-Ukraine war, the rocket was ready for launch and had to be removed, delaying the launch again.

What is Airbus’ contribution?

Airbus engineers from different disciplines develop, integrate and test the experimental equipment. In collaboration with customers and scientific teams, Airbus engineers establish experimental concepts before thorough testing. Airbus Defence and Space also develops the ground support systems needed to control the experiments during the test phase in Bremen and the flight from Esrange.

Collaboration on the most successful and longest lasting sounding rocket programme is ongoing. The next two TEXUS launches are planned as a double launch campaign in April/May 2023 in order to push research and development even further. 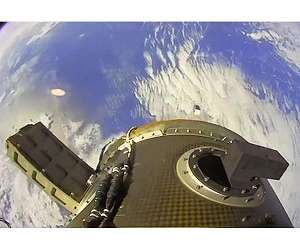 
Firefly Aerospace, a new space leader in launch, spacecraft, and in-space services, announced that its Alpha FLTA002 mission successfully reached orbit and deployed customer payloads, lifting off on October 1 at 12:01am PST from Vandenberg Space Force Base in California.

With the success of this mission, Firefly is now the first company to launch and reach orbit from US soil in only its second attempt. Firefly also becomes the first and only US commercial space company with a rocket ready to take … read more