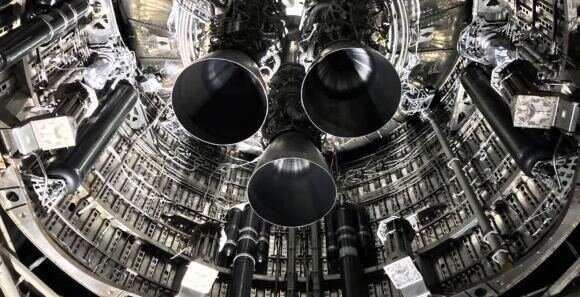 SpaceX has enjoyed a lot of wins in the past few years. In addition to successfully glide-testing and landing multiple Starship prototypes, they’ve rolled out its first Super Heavy boosters, test-fired the new Raptor Vacuum engines, and assembled the “Mechazilla” launch tower at Boca Chica, Texas. They also unveiled the first fully-furbished orbital test vehicle (SN20) that was stacked with a first stage booster for the first time on its launch pad.

Given the prodigious rate of progress, few were surprised when Musk announced that the first orbital flight test could take place as soon as January 2022. Unfortunately, this date had to be pushed back to an environmental assessment and the usual bureaucratic rigmarole. However, Musk recently announced on Twitter that in light of his company’s success with the new Raptor engines, they could be ready to conduct the long-awaited orbital test flight this May.

The tweet was posted on Monday, March 21st, in response to a story by Michael Sheetz, a space reporter with CNBC. Sheetz cited a recent report (by Quilty Analytics) that showed how Russia’s decision to cut ties with the international space industry (in response to sanctions) would affect the U.S. space sector. This report indicates that SpaceX will be “the clear winner” as the absence of Russian launch services means more business will come their way.

First Starship orbital flight will be with Raptor 2 engines, as they are much more capable & reliable. 230 ton or ~500k lb thrust at sea level.

We’ll have 39 flightworthy engines built by next month, then another month to integrate, so hopefully May for orbital flight test.

According to Sheetz, this is exemplified by the recent announcement that OneWeb—a Starlink competitor—announced that it had terminated its launch agreement with Roscosmos and signed a deal with SpaceX. Musk responded via Twitter and said that he didn’t expect to see a dramatic increase in launch services for his company, which was already launching two-thirds of the world’s satellites.

According to their original plans, said Musk, SpaceX would account for 65% of the market share for launch services. The termination of Russian launch services was likely to increase this to 70%, only slightly higher. He added that this would not affect the development of the Starship, which could be ready for its long-awaited orbital test flight by May (at the earliest). This estimate is largely based on the production of the new Raptor 2 engine.

The Raptor 2 is an updated version of the Raptor 1 and is simpler and more powerful than the original. Production began in December 2021 at SpaceX’s new engine development facility near McGregor, Texas. At the annual Starship Update hosted in February, Musk spoke about the capabilities of the Raptor 2, which included 230 metric tons (510,000 lbs) of thrust at sea level. Based on their current production rates (7 per week as of March), Musk estimates that they will have 39 engines ready by April.

This is enough to equip one Super Heavy booster, which relies on 29 Raptor engines optimized for sea-level, and one Starship, which relies on three sea-level optimized and three vacuum-optimized engines. Add a few weeks to integrate them into the spacecraft, Musk added, and the entire system should be ready to fly by May at the earliest. But knowing Musk’s tendency to provide optimistic timetables, the flight may happen sometime this summer.

According to the flight plan filed with the FAA in May 2021, the orbital test flight will see the fully-stacked Starship and Super Heavy launch together and separate 170 seconds into flight. The booster will then perform a partial return and make a soft splashdown roughly 32 km (20 miles) offshore in the Gulf of Mexico. The Starship will then achieve an altitude of 200 km (~125 mi) above sea level before performing a targeted soft splashdown about 100 km (62 mi) off the coast of the Hawaiian island of Kauai.

If this test flight goes as planned, SpaceX will be ready to embark on its first commercial flights, including a lunar flyby planned for 2023 (the #dearMoon project). As part of NASA’s Artemis Program, the Starship was also selected to land astronauts on the Moon for the first time since the Apollo Era. This will be the Artemis III mission, which is currently scheduled to occur sometime in 2025.

Beyond that, the Starship and Super Heavy launch system are integral to SpaceX’s long-term goal of making regular trips to the Moon and Mars and establishing a permanent human presence there. As always, things may not be happening according to the original timeline. But they are coming together nicely.

Citation:
Starship could be ready for an orbital flight in May (2022, March 29)
retrieved 1 April 2022
from https://phys.org/news/2022-03-starship-ready-orbital-flight.html
This document is subject to copyright. Apart from any fair dealing for the purpose of private study or research, no
part may be reproduced without the written permission. The content is provided for information purposes only.