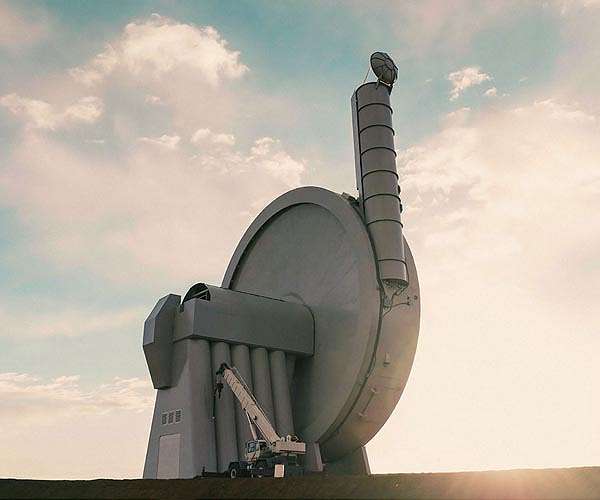 SpinLaunch has announced the results of its tenth successful Flight Test of its Suborbital Accelerator from Spaceport America, New Mexico. The flight test, which occurred on September 27, 2022, demonstrated that SpinLaunch partners’ standard satellite components are inherently compatible with the company’s launch environment, and provided critical flight data, as all payloads were flown and recovered successfully.

Flight Test 10, which had a similar flight trajectory as previous campaigns, was witnessed by more than 150 partners, government officials, and industry advocates. It was SpinLaunch’s tenth flight test in just under eleven months since the Suborbital Mass Accelerator came online in late 2021.

As part of the pre-flight qualification process, SpinLaunch accelerated payloads up to 10,000G in SpinLaunch’s 12-meter Lab Accelerator at its Long Beach headquarters. Payloads were inspected post-spin and subsequently integrated into the Flight Test Vehicle in preparation for Flight Test 10.

Earlier this year, SpinLaunch signed a Space Act Agreement with NASA to develop, integrate and fly a NASA payload, providing the agency with the information necessary to determine the potential of future commercial launch opportunities with SpinLaunch.

Two key goals were at the heart of the agreement: to better understand SpinLaunch’s payload integration and testing procedures, and gain insight into the mass accelerator launch environment. To fulfill this objective, NASA provided a Data Acquisition Unit (DAQ) to capture critical launch characteristics of SpinLaunch’s kinetic launch system. The sensor suite was equipped with two accelerometers in addition to a gyroscope, magnetometer, and sensors for pressure, temperature, and humidity.

Prior to handoff, NASA performed their own thermal and acceleration tests to validate the DAQ would capture the desired launch environment data. After the NASA qualification tests, SpinLaunch conducted high-g acceleration testing on the DAQ and confirmed function of the hardware in advance of the Suborbital Accelerator Flight Test.

After the completion of Flight Test 10, the DAQ was successfully recovered and removed from the Flight Test Vehicle. SpinLaunch test engineers retrieved the data and reviewed it with NASA personnel from their Flight Opportunities program, who were onsite to observe the Flight Test in person.

Airbus U.S. Space and Defense, Inc. is a leading provider of satellite systems. For Flight Test 10, Airbus U.S. provided their satellite sun sensor, which is typically used for spacecraft attitude control and positioning purposes. The sun sensor was tested at 10,000G in SpinLaunch’s 12-meter Lab Accelerator prior to integrating it with the flight test vehicle. Successful testing to 10,000G was the first step in qualifying subsystems for use on SpinLaunch’s orbital launch system.

Following both the high-g centrifuge pre-launch testing and Flight Test 10, the sun sensor’s output signal was compared to the preflight data. This comparison testing verified that the performance and operation of the sun sensor was not affected by the loads during the pre-flight, flight, or recovery phases. Together, SpinLaunch and Airbus U.S. plan to work together to qualify a variety of Airbus U.S. satellite systems that are compatible with the SpinLaunch orbital centrifuge and flight environment.

“Our Airbus U.S. engineering team is excited to work with SpinLaunch in support of this significant advancement of a new accelerated launch concept,” says Airbus U.S. CTO Armen Askijian. “We look forward to continued collaboration and future success.”

The payload deployment system is a key value SpinLaunch can provide Suborbital Launch customers and partners. Future SpinLaunch tests with SSDS may include high altitude ChipSat dispersion to verify the accuracy of SSDS’s ChipSat reentry and atmospheric trajectory simulations.

“Centimeter-scale spacecraft will be a critical tool in future planetary science missions,” said Hunter Adams, a lecturer in Cornell Engineering’s school of electrical and computer engineering.

“Deployed en masse from orbit, ChipSats will descend through the atmosphere and down to the surface of this planet and others, gathering spatially distributed datasets as they fall. To plan these missions, we must understand the chaotic trajectories that low-mass and high-surface area objects take from the top of the atmosphere to the surface of the planet. By conducting experiments with SpinLaunch’s Suborbital Accelerator, we can gather critical information for planning future planetary science missions involving ChipSats. It is absolutely a game-changer for centimeter-scale spacecraft research.”

Outpost, a company developing reusable satellites for high-precision Earth return, provided SpinLaunch with an onboard computer for testing and qualification in the SpinLaunch launch environment. A preflight test was performed in the SpinLaunch Lab Accelerator to qualify the unit for the Flight Test. After a successful flight and recovery of the payload, a final functional test was performed, validating the flight computer is compatible with SpinLaunch’s launch environment.

The flight test represents the first step towards the broader qualification of Outpost components and structures for SpinLaunch’s orbital centrifuge and launch environment. SpinLaunch and Outpost plan to continue their ongoing collaboration as both organizations seek to provide lower cost, more sustainable access to space.

“Outpost and SpinLaunch share the same mission of providing customers with low-cost, rapid launch – which means rethinking the way we access space,” said Michael Vergalla, co-founder and CTO at Outpost. “Testing our hardware with SpinLaunch’s mass accelerator gives us optionality and provides valuable engineering data for developing our hardware to be compatible with their launch system and unlock the upside of low-cost and high-cadence launch.” 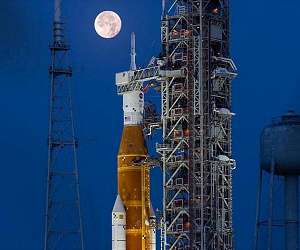 
NASA said Friday it would try to launch its Moon mega-rocket in November, without committing to a precise date for the much-delayed Artemis 1 mission.

The US space agency, which was forced to postpone its latest liftoff attempt due to massive Hurricane Ian which hammered Florida this week, announced it was preparing its next launch window for between November 12 and November 27.

“Over the coming days,” NASA said in a blog post, the team will assess conditions and necessary work and “identify a s … read more