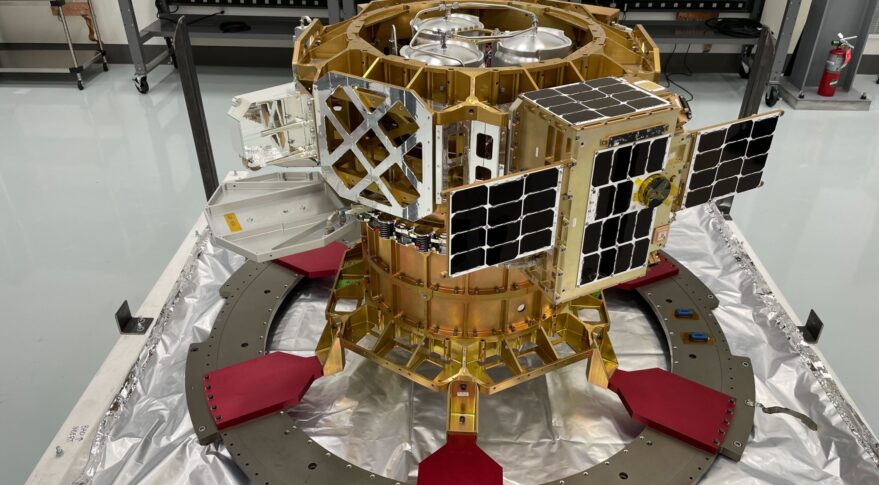 WASHINGTON — A Sherpa tug launched a month ago is still undergoing commissioning and has yet to start maneuvers as its orbit gradually decays.

Spaceflight Inc.’s Sherpa-LTC2 tug launched Sept. 4 as a rideshare payload on a Falcon 9 launch of 51 Starlink satellites from Cape Canaveral Space Force Station in Florida. The rocket placed the payloads into an initial orbit of about 310 kilometers.

Spaceflight planned to use a chemical propulsion system on the Sherpa, provided by Benchmark Space Systems, to raise the orbit of the vehicle to an altitude of 1,000 kilometers. The Sherpa payload, initially not disclosed by Spaceflight, is a V-band communications demonstration by Boeing called Varuna.

However, tracking information from the U.S. Space Force shows that Sherpa has yet to raise its orbit. Atmospheric drag has caused that orbit to gradually decay, and the spacecraft was most recently tracked in an orbit of 283 by 296 kilometers. That raised concerns that the spacecraft could reenter in a matter of weeks if it does not start firing its thrusters.

Sherpa-LTC2 is the first of Spaceflight’s line of Sherpa tugs to launch with this high-performance chemical propulsion system. The original Sherpa-LTC tug was to launch on a SpaceX Transporter rideshare mission in January but was removed because of leaks in that propulsion system. That was one in a series of events that led SpaceX to announce in March it would not fly Spaceflight payloads on rideshare missions after those already manifested.

Curt Blake, chief executive of Spaceflight, said in August that the company had “gone through all kinds of checks to get things right” ahead of the Sherpa-LTC2 launch.

Sherpa-LTC is part of a line of Sherpa vehicles that include versions without propulsion systems, with attitude control thrusters and with electric propulsion. Another Sherpa vehicle, Sherpa-ES, will carry a chemical propulsion system with high delta-V, or change in velocity, performance, for a mission that will take payloads on a “lunar slingshot” mission around the moon to geostationary orbit in 2023.