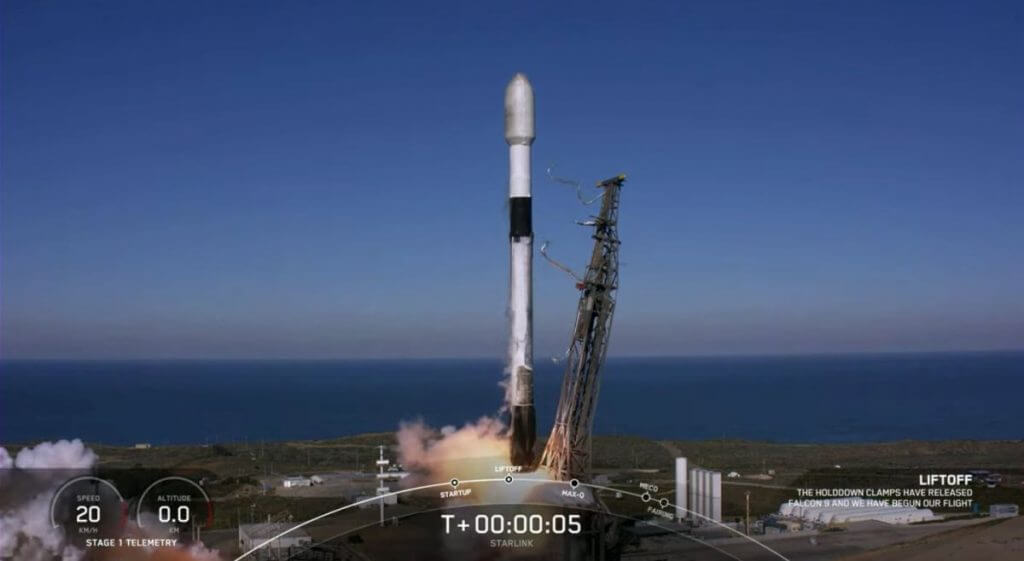 A SpaceX Falcon 9 rocket will launch another big batch of Starlink internet satellites and land on a ship at sea Friday (April 29), and you can watch the action live.

A Falcon 9 topped with 53 Starlink spacecraft is scheduled to lift off Friday at 5:27 p.m. EDT (2127 GMT) from Florida’s Cape Canaveral Space Force Station.

If all goes according to plan, the rocket’s first stage will return to Earth and land on a SpaceX droneship in the Atlantic Ocean about 8.5 minutes after liftoff. The Falcon 9’s upper stage will carry the Starlink satellites to orbit, deploying them all roughly an hour after launch. You can watch live here at Space.com, courtesy of SpaceX, or directly via the company.

It will be the sixth liftoff and landing for this Falcon first stage, according to a SpaceX mission description. The booster also helped launch two GPS satellites, another Starlink batch and two pioneering private crewed missions — the Inspiration4 flight to Earth orbit in September 2021 and Ax-1, the first all-private astronaut mission to the International Space Station.

Ax-1 lifted off on April 8. The three-week turnaround will be the fastest ever for a Falcon 9 first stage, beating the previous mark by six days, according to EverydayAstronaut.com.

SpaceX has launched nearly 2,400 Starlink satellites to date, and a fair few have gone up recently; nine of the company’s 16 launches so far this year have been dedicated Starlink missions.

And the Starlink megaconstellation will likely get quite a bit bigger. Paperwork filed by SpaceX suggests that the next-generation version of the network could consist of up to 30,000 spacecraft.

Friday’s launch continues a very busy stretch for SpaceX. It will be the company’s fourth liftoff in the last 12 days and the second in just three days; a Falcon 9 launched the Crew-4 mission for NASA on Wednesday (April 27), sending four astronauts to the International Space Station.

In addition, Ax-1 returned to Earth this week. That mission’s Dragon capsule splashed down in the Atlantic Ocean on Monday (April 25), bringing home four astronauts, three of whom were paying customers.