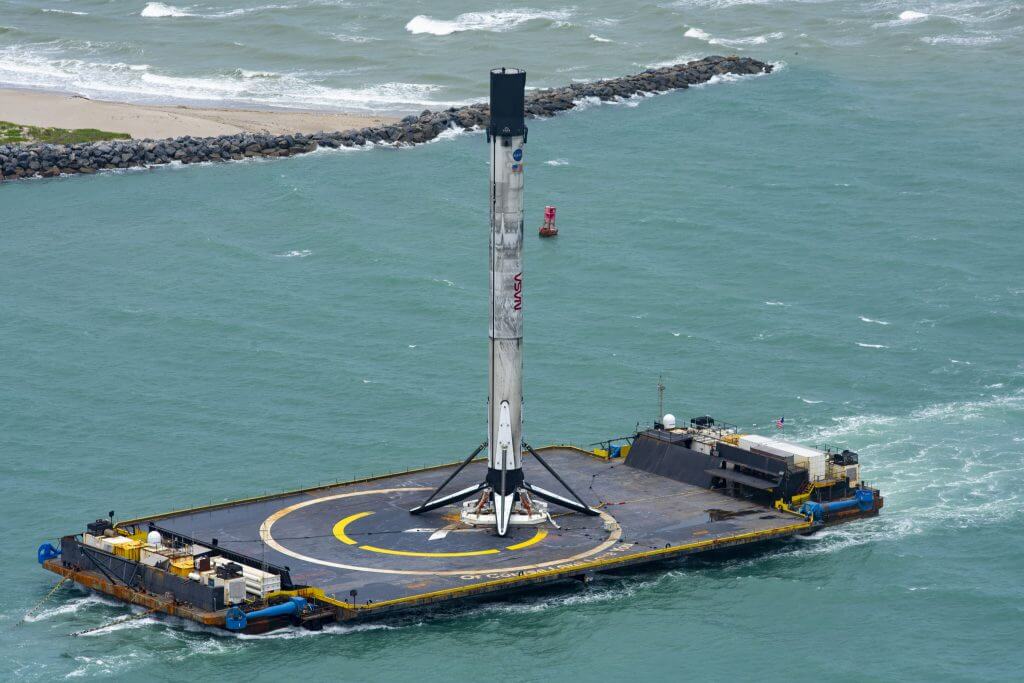 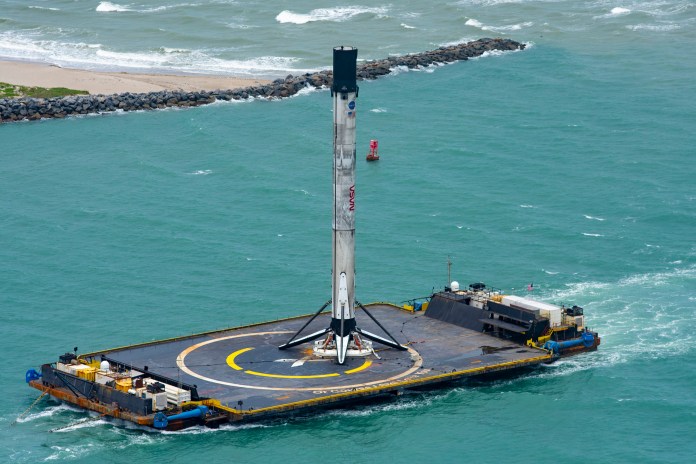 The first stage of the SpaceX Falcon 9 rocket that launched the Demo-2 mission on May 30, 2020, arrives in Florida’s Port Canaveral on June 2, 2020. The same booster will launch the ANASIS-II military communications satellite for South Korea on July 14.

The SpaceX rocket that launched the company’s first astronaut mission for NASA last month fired up its engines once more Saturday (July 11) in a test that sets the stage for the launch of South Korea’s first military satellite this week.

The Falcon 9 rocket ignited its nine first-stage Merlin engines briefly in a so-called static fire test at Space Launch Compex-40 of the Cape Canaveral Air Force Station in Florida. The standard SpaceX rocket test clears the way for the planned launch of the Anasis-II military communications satellite for the South Korean government on Tuesday (July 14) at 5 p.m. EDT (1700 GMT).

Built by Airbus Defence and Space, Anasis-II has been billed as South Korea’s first military satellite and is designed to “provide secured communications over wide coverage,” according to Airbus.

The new satellite is based on Airbus’ Eurostar E3000 satellite platform and will be launched into a geostationary orbit, Airbus added. Geostationary orbits allow satellites to maintain a position over the same part of Earth at an altitude of about 22,000 miles (36,000 kilometers).

According to Spaceflight Now, Anasis-II was formerly known as KMilSatCom. Until this mission, South Korea has relied on civilian-owned and international satellites for communications needs, Spaceflight Now added.