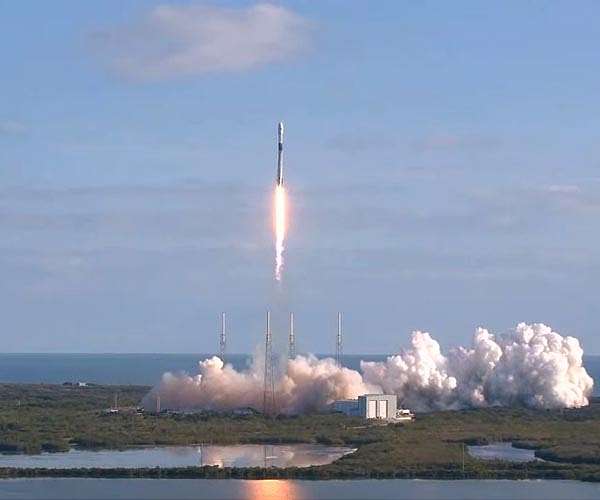 SpaceX successfully launched 46 of the company’s own Starlink broadband Internet communications satellites from Florida on Monday.

The mission, Starlink 4-8, was the first since the company lost about 40 of the Starlink satellites on Feb. 4 during a solar storm that thickened the air and caused the satellites to burn up as they crashed back through the atmosphere.

The Falcon 9 rocket lifted off as planned at 9:44 a.m. EST into a sunny, blue sky from Complex 40 at Cape Canaveral Space Force Station near Kennedy Space Center.

SpaceX canceled a previous attempt planned on Sunday due to weather concerns that could have had an impact on the recovery of the rocket’s first stage booster on a barge in the Atlantic Ocean.

The company recovered that booster successfully after Monday’s launch on the robotic barge, A Shortfall of Gravitas.

The booster previously was used to launch astronauts on the Demo-2 mission to the International Space Station in May 2020, as well as five earlier Starlink missions, a cargo mission to the space station and three other satellite missions.