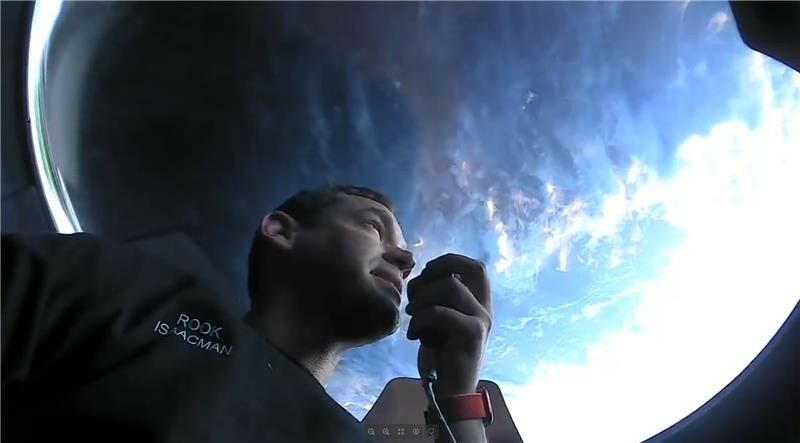 When you’re orbiting the Earth at an altitude of 360 miles, it turns out the views are pretty special.

SpaceX’s Inspiration4 — the world’s first all-civilian space flight, which jetted off from NASA’s Kennedy Space Center in Florida on Wednesday evening — is now in full swing, with the crew already completing over 15 orbits of the globe.

Immediately following the launch and reports that the crew were all well and fed, we were all waiting for a look inside the Crew Dragon spacecraft. Finally, the crew has released a first glance — and it looks like they’ve been busy with their cameras.

Late on Thursday, the official Inspiration4 Twitter account shared four images taken on board the flight, including some awesome shots of the spacecraft’s cupola — the transparent viewing dome which offers those aboard a unique glimpse of the Earth far below.

Though the Crew Dragon spacecraft can carry up to seven people, Inspiration4 is crewed by four: Shift4 Payments founder and CEO Jared Isaacman (the billionaire who financed the mission and is acting as commander), physician assistant Hayley Arceneaux, aerospace data engineer and Air Force veteran Christopher Sembroski, and geoscientist Dr. Sian Proctor.

The Crew Dragon spacecraft they’re flying in has been adapted specially for the mission, with the aforementioned cupola replacing the ship’s docking port (which they won’t be needing as they’re not going to be stopping off at any space stations en route).

At the end of the journey, the Inspiration4 will land soft water-style off the Florida coast. You can track their progress here.

In the meantime, here’s hoping for more photos where those came from.