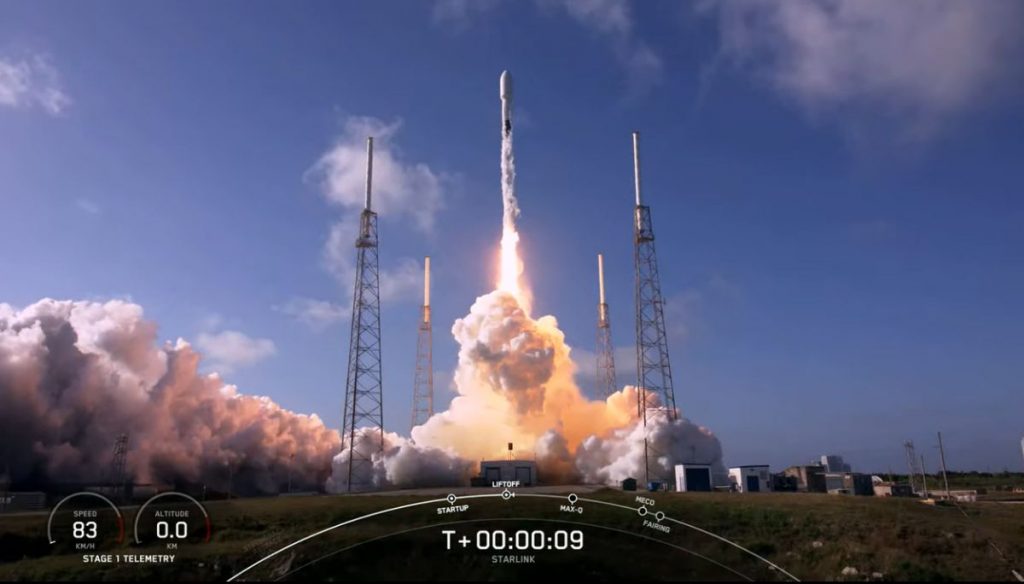 A SpaceX Falcon 9 rocket will lift off for a record-tying 12th time on Thursday (April 21), and you can watch the action live.

The two-stage Falcon 9 is scheduled to launch Thursday at 11:14 a.m. EDT (1514 GMT) from Florida’s Cape Canaveral Space Force Station, carrying 53 of SpaceX’s Starlink internet satellites to orbit. Watch it live here at Space.com, courtesy of SpaceX, or directly via the company. Coverage is expected to begin about 15 minutes before liftoff.

The flight will be the 12th orbital mission for this particular Falcon 9 first stage, tying a SpaceX reuse record set just last month on a different Starlink launch. And it won’t be the booster’s last flight, if all goes according to plan; SpaceX aims to land the returning rocket stage on a ship at sea, as it has done on many other occasions.

The Starlink megaconstellation provides internet service to customers around the world, including in Ukraine. In fact, SpaceX, in partnership with the U.S. Agency for International Development, has sent thousands of Starlink terminals to Ukraine to help the nation maintain communications capabilities, which have been degraded by the ongoing Russian invasion.

SpaceX has launched more than 2,300 Starlink satellites to date but plans to loft many more. The next-generation version of the megaconstellation could consist of up to 30,000 spacecraft, according to paperwork filed by the company.

And Starlink satellites have been going up at brisk pace recently; eight of the 14 missions that SpaceX has launched so far this year have been dedicated Starlink flights.

Another of those 14 was a crewed flight — the April 8 launch of the Ax-1 mission, which sent four private astronauts to the International Space Station. And SpaceX has another crewed flight coming up shortly after Thursday’s Starlink launch — the Crew-4 mission for NASA, which will send four professional spaceflyers to the orbiting lab for a lengthy stay.

Crew-4 is currently scheduled to lift off no earlier than April 26. That date recently slipped a few days due to bad weather in the projected splashdown zone for Ax-1, which pushed that mission’s planned departure from the station from Tuesday (April 19) to Saturday (April 23). NASA officials have said they want at least a two-day window between Ax-1’s splashdown and Crew-4’s launch.