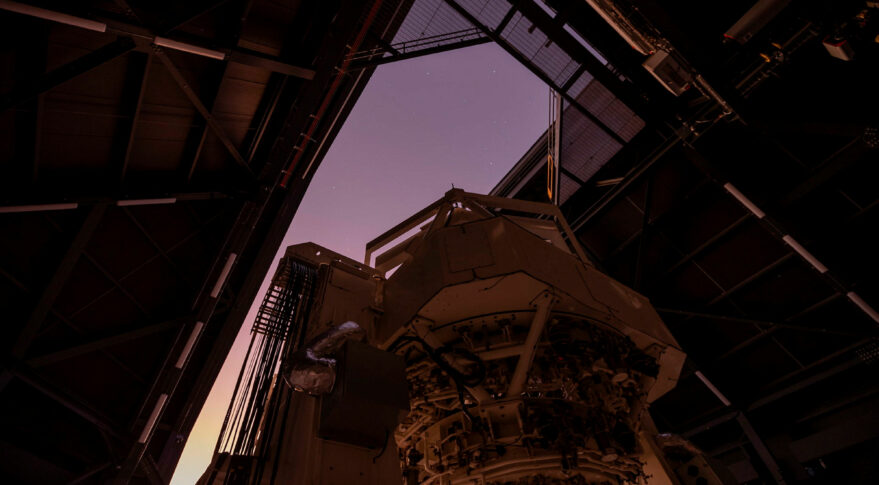 The Space Surveillance Telescope will join the network of sensors used by the United States, Australia and other allies to track objects in orbit

WASHINGTON — A deep-space telescope developed in the United States and relocated to Australia has been declared operational this month.

The Space Surveillance Telescope, or SST, will join the network of sensors used by the United States, Australia and other allies to track objects in orbit. The Royal Australian Air Force will operate the telescope in coordination with the U.S. Space Force’s Space Delta 2 unit responsible for space domain awareness.

The United States owns the 261,850-pound telescope. Australia built the site and infrastructure, and is responsible for operations and training.

SST can track faint objects in deep space to help predict and avoid potential collisions, as well as detect asteroids and comets, and can imaging objects in geosynchronous orbit 22,000 miles above Earth.

The SST was originally developed more than 20 years ago by MIT’s Lincoln Laboratory with funding from the Defense Advanced Research Projects Agency. The program later was handed over to the Air Force. Australia and the United States in 2013 agreed to relocate the SST from White Sands Missile Range in New Mexico to Naval Communication Station Harold E Holt in Western Australia, in order to add a new vantage point in the Southern Hemisphere.

The Australian government built a new  dome for the telescope and a 2.1-megawatt central power station. The SST achieved “first light” in 2020, meaning the telescope’s optics were successfully aligned with its wide-field-of-view camera to allow the telescope to capture its first images of objects in orbit.

Air-Vice Marshal Cath Roberts, head of Australia’s Defence Space Command, said the telescope “will provide enhanced awareness of the space domain and contribute to greater alliance cooperation.” She said the bespoke facilities and supporting infrastructure are “as much of a milestone as the telescope itself and represent a significant achievement by Defence and Australian industry”.