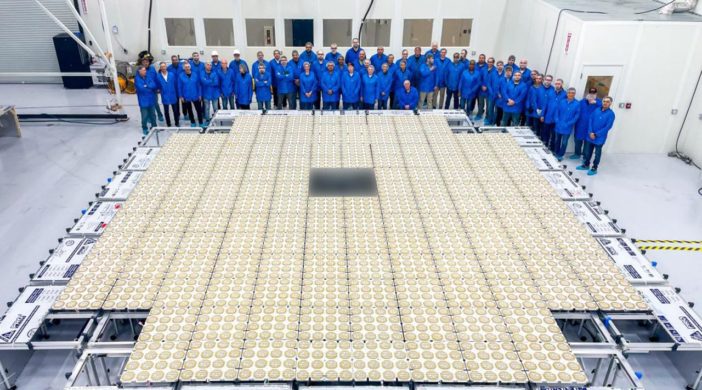 Shares of SatixFy Communications (NYS: SATX) plunged by $4.94 (68.3 percent) to $2.29 on Tuesday following the announcement that the Israeli satellite communications equipment manufacturer is looking to sell up to 28.4 million shares and $1 million in redeemable warrants.

Shareholders were apparently concerned over the large number of shares that could be sold.

The contract, awarded to its BigBear.ai Federal subsidiary, allows the company to compete for task orders to delivery capabilities, systems and synthetic environments to the U.S. Air Force. BigBear.ai can also compete for task orders supporting the research and development of new technologies, creation of rapid prototypes, capability testing, and solution implementation.

The contract, which was announced earlier this month, has helped raised the company’s stock price, which closed at $2.05 on Tuesday. The stock was trading at $0.72 on Dec. 27. BigBear.ai had received a notice from the New York Stock Exchange warning the stock could be delisted if the company couldn’t raise the price to $1.

“TIM, the only operator to serve all municipalities in Brazil with mobile coverage, reinforces its commitment to expand its coverage area and improve the quality of communication so that customers can enjoy data and voice services anywhere in the country. The agreement with AST SpaceMobile complements important ongoing initiatives to promote more digital inclusion, as it will allow TIM to take 4G to isolated areas, districts, villages, roads, resorts and tourist spots that today are not served by other operators,” said Marco Di Costanzo, Director of Network Development at TIM Brasil.

TIM plans to conduct the first tests of AST SpaceMobile’s service in the north and northeast regions of Brazil during the first half of 2023. TIM has Brazil’s largest mobile coverage and 4G presence. The company is leading the rollout of 5G service in the nation.

AST SpaceMobile launched its first test satellite, BlueWalker 3, in September. The company plan is to launch 168 satellites to provide service across the globe.

Satellite manufacturer LeoStella, which is a 50-50 venture of BlackSky (NYS: BKSY) and Thales Alenia Space, has appointed Tim Kienberger as CEO. He replaces Mike Hettich, who retired after serving as CEO since 2019.

Kienberger has three decades of aerospace and defense technology experience, including stints at L3Harris and Boeing.