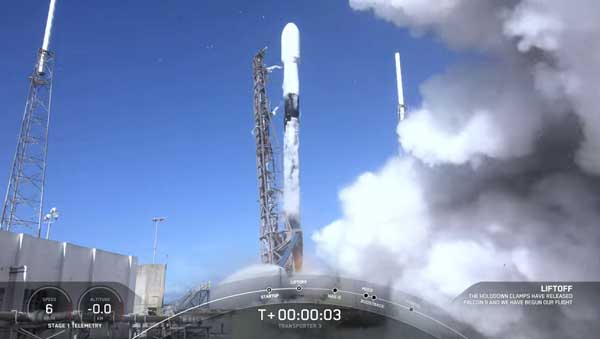 The satellite has four video cameras on board designed to image Earth with different spatial resolutions, from continents and oceans to regions and cities. Sen’s cameras are capable of streaming recorded and live Ultra High Definition (UHD) video including 8K video from its highest resolution camera which can see down to around 1.5m of the ground.

ETV-A1 is the first in Sen’s planned constellation of video satellites in Low Earth Orbit.

Charles Black, Founder & CEO of Sen, said “The successful launch of our first satellite represents a key milestone on our journey to democratize space using video. I would like to thank the amazing engineering team at Sen for all their hard work and exceptional talent. I also wish to thank our satellite builder, NanoAvionics, and everyone at ExoLaunch and SpaceX for launching the satellite.”

Sen was founded in 2007 by Charles Black with a vision to democratize space using video to inform, educate, inspire and benefit all humanity. Sen’s mission is to stream real-time videos from space to billions of people, gathering news and information on Earth and space and making the data universally accessible and useful. Sen will capture its unique video content using both hosted video cameras and its own constellations of small satellites.