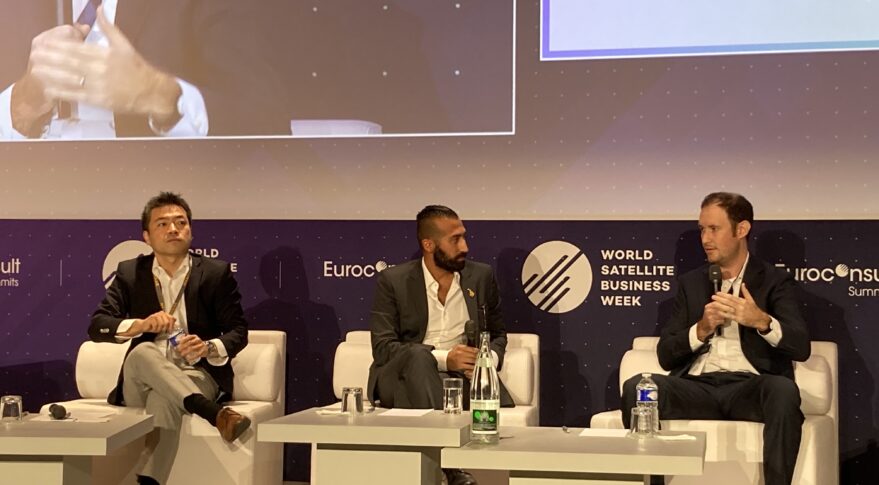 PARIS — Satellite radar startups disagree over how much of their resources should be moved to meet anticipated demand from commercial customers and away from governments, which today provide the bulk of revenues.

Payam Banazadeh, CEO and founder of Capella, said SAR providers must concentrate capacity on serving “the top 10 customers today,” which are primarily in the defense and intelligence market.

“And you have to make sure that you’re the only one delivering to the top 10 customers and you’re the preferred provider,” he said.

“You don’t do that you have no chance of making it. Zero.”

Banazadeh said it is particularly vital for early-stage companies to focus on serving higher-paying customers to gain scale in the market.

Joe Morrison, vice president of commercial product at Umbra, said he completely disagrees with this approach.

He said Umbra is looking to use the infrastructure needed to serve large customers to also support smaller innovative companies seeking to grow market share.

If SAR providers “don’t treat those customers with respect and focus on their use cases, you’re building for the past,” Morrison said.

“And those same 10 customers that you want to focus on today, they’re looking at those companies for what’s coming in the future — and those companies are hamstrung because historically providers like us treat them like a distraction, but they’re not.”

Satellite operators have a finite amount of capacity, Banazadeh retorted, and “you’re going to run out of capacity pretty quickly [at] places that people want to look at.”

He added: “If you had an infinite amount of capacity, which none of us do and none of us will, then you don’t have to pick, because then you’ve saturated your capacity on the government customers and there’s excess capacity that you can use.

“Well, that’s not the reality of how SAR constellations work.”

Neither company disclosed specific information about how they are pricing their services.

Banazadeh said Umbra’s approach is a bet that lower SAR prices will significantly increase demand in the commercial market.

Government customers are less sensitive to price, according to Banazadeh. The defense and intelligence markets have other variables they care more about, such as reliability and quality.

Banazadeh said he hopes Umbra finds success in its strategy, “because if it works we’ll follow.”

Capella had seven satellites in orbit as of April, and recently announced plans to launch an unspecified number of next-generation of spacecraft called Arcadia starting early next year.

Umbra currently has three satellites in orbit and expects to deploy two more before the end of this year. Morrison said there are “several more going up next year” to expand its fleet.

Synspective is first focusing on government customers to build scale before shifting to the commercial market.

While the Japanese government is currently its largest customer, he expects to expand internationally now that COVID-19 restrictions have relaxed.

Synspective, which has been testing services on two demonstration satellites that Rocket Lab also launched, announced Sept. 16 that it had established contact with its first commercial spacecraft, called StriX-1.

The startup plans to deploy four more satellites by the end of 2023.

By the end of 2030, it expects to be operating a constellation of 30 satellites, although it has not yet announced a launch contract for any of its upcoming spacecraft.