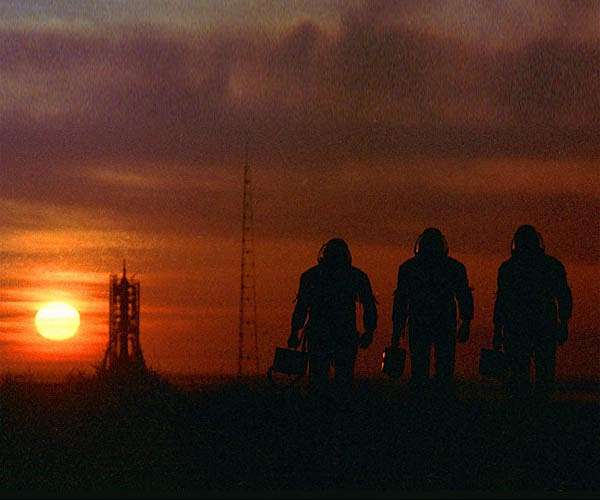 Russian actress Yulia Peresild said Thursday it was “too late” for fear ahead of her launch into space, as Moscow races against Hollywood to film the first movie in orbit.

Russia’s space agency Roscosmos is dispatching the 36-year-old screen star next month to the International Space Station (ISS) along with director Klim Shipenko, 38, in the race against time to beat a parallel US project.

“If you’re afraid of wolves, you shouldn’t go into the forest. It’ too late to be afraid,” Peresild told journalists during an online press conference.

The Russian mission will begin on October 5.

Shipenko said the movie would be a “dramatic film” about a doctor who goes to the ISS to save a cosmonaut’s life.

Mission commander Anton Shkaplerov, as well as cosmonauts Oleg Novitsky and Pyotr Dubrov who are currently on board the station, will also appear in the film, he added.

Peresild said of the intensive training that the crew was undergoing, she had particularly enjoyed experiencing weightlessness.

“It was so great for us. We really enjoyed it. I only regret that we just got to do zero gravity once,” she said.

Peresild said she had difficulty putting together a make-up kit for the trip with no glass and only specific plastics allowed on board.

“The saleswoman didn’t understand what I was looking for. So, I explained: ‘I’m putting together a cosmetics bag for space’,” she said laughing.

Shipenko said he was looking forward to experiencing ISS food, with a menu that includes dishes from the Caucasus region and traditional beetroot soup.

The movie project comes despite a series of incidents on board Russia’s segment of the ISS, including smoke and burning smells this month, that has spurred safety concerns over conditions.