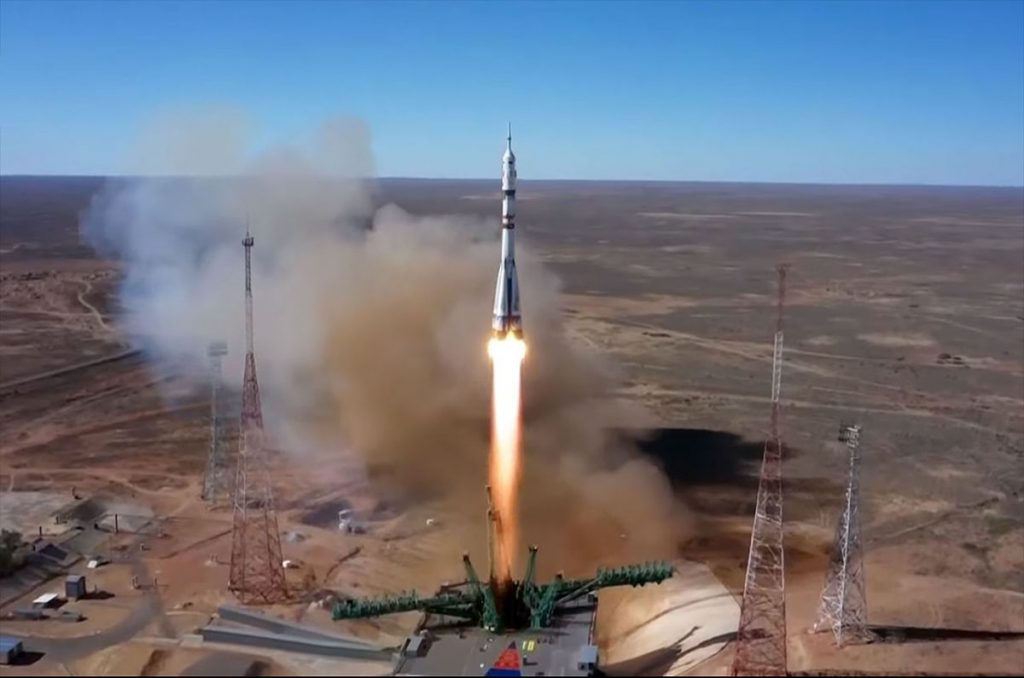 Three Russian cosmonauts will launch toward the International Space Station on Friday (March 18), and you can watch the action live.

A Russian Soyuz spacecraft carrying Oleg Artemyev, Denis Matveev and Sergey Korsakov is scheduled to lift off atop a Soyuz rocket from Baikonur Cosmodrome in Kazakhstan Friday at 11:55 a.m. EDT (1555 GMT).

You can watch it live here at Space.com courtesy of NASA, or directly via the space agency. Coverage will start at 11:15 a.m. EDT (1515 GMT).

Related: Russia’s invasion of Ukraine as seen in satellite photos

It’ll be a quick trip to the orbiting lab for the Russian trio; their Soyuz is scheduled to dock with the station’s Prichal module at 3:05 p.m. EDT (1905 GMT) on Friday, just three hours after launch. You can watch the milestone live beginning at 2:15 p.m. EDT (1815 GMT). You can also tune in for a hatch opening ceremony, which is expected to take place around 5:30 p.m. EDT (2130 GMT).

Russia has launched many Soyuz vehicles to the space station over the years, but Friday’s mission is hardly commonplace. It will be the first launch that Russia has conducted since it invaded Ukraine on Feb. 24, an action that has frayed many of Russia’s space partnerships.

The United States and other countries imposed new economic sanctions on Russia after the invasion, some of which affect the nation’s space program. As a result, Russia’s federal space agency, Roscosmos, stopped selling Russian rocket engines to American companies and halted Soyuz launches from Europe’s Spaceport in French Guiana, among other measures.

Despite the rising tensions, NASA officials stress that International Space Station operations are continuing as usual. Russia is a key partner in the space station program, and its cooperation continues to be essential, U.S. officials say.

For example, NASA astronaut Mark Vande Hei has long been scheduled to return to Earth on March 30 with two cosmonauts aboard a Soyuz. And that remains the plan, NASA officials said last week.