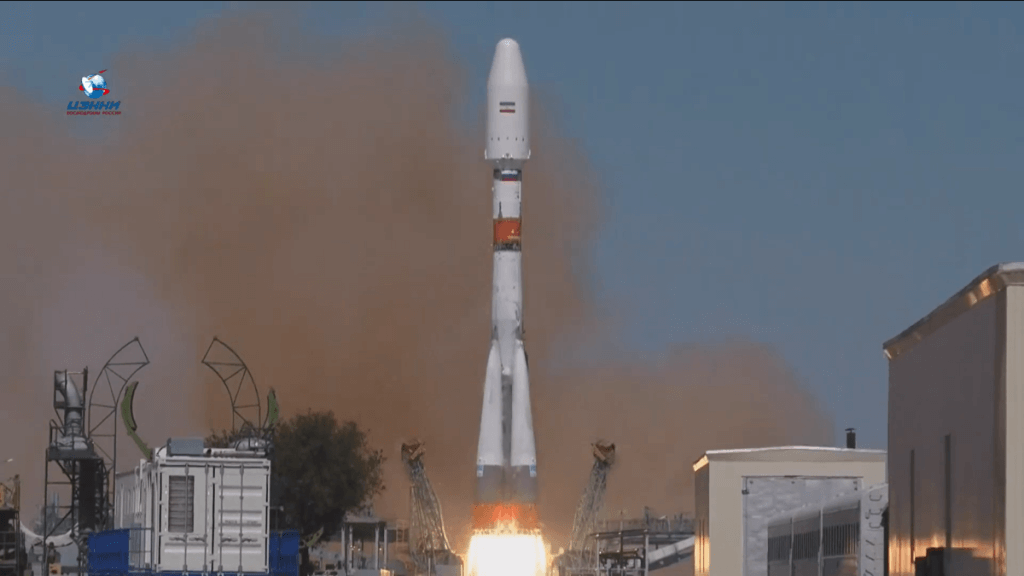 Iran will soon have access to sharp orbital imagery, thanks to a newly launched spy satellite.

That spacecraft, called Khayyam, lifted off atop a Russian Soyuz rocket today (Aug. 9) at 1:52 a.m. EDT (0552 GMT) from the Russia-run Baikonur Cosmodrome in Kazakhstan.

Khayyam, which is named after the famed Persian poet and mathematician Omar Khayyam, is a Russian-built Kanopus-V Earth-observation satellite that can resolve features as small as 3.9 feet (1.2 meters) on Earth’s surface, The Washington Post reported (opens in new tab) last week.

“Potentially the most significant benefit,” the newspaper added, citing unnamed Western security officials, “will be Iran’s ability to ‘task’ the new satellite to conduct continuous surveillance on locations of its choosing, including military facilities in Israel, oil refineries and other vital infrastructure in neighboring gulf states.”

Before Khayyam’s launch, Iran had just two operational satellites in space, according to the United States Institute of Peace: Sina 1, which launched on an apparent imaging and communications mission in 2005, and Noor 2, an imaging satellite that lifted off this past March.

Russia negotiated the Khayyam satellite deal in secret with Iran’s Islamic Revolutionary Guard Corps over the course of multiple years, The Washington Post reported in June of last year. In that story, The Post noted that Russian experts had already traveled to Iran to train ground crews in the satellite’s operation.

But Iran apparently won’t get access to its fancy new space hardware right away. Russia intends to use Khayyam “for several months, or longer, to enhance its surveillance of military targets” for its ongoing invasion of Ukraine, The Washington Post reported in last week’s story, citing the Western security officials, who wished to remain anonymous.

Iranian officials, however, are denying the claims that they won’t have access to the hardware right away. “Tehran has rejected claims the satellite could be used by Moscow to boost its intelligence capabilities in Ukraine, saying Iran will have full control and operation over it ‘from day one’,” a Reuters report stated (opens in new tab), quoting the Iranian state-run official IRNA news agency.

Khayyam didn’t launch alone on Tuesday morning. Also riding the Soyuz off Earth were 16 smaller satellites, which were built by a variety of Russian universities, companies and nonprofit organizations, according to the state-run Russian news agency TASS (opens in new tab), which cited an Aug. 3 press conference briefing by Roscosmos, Russia’s federal space agency.