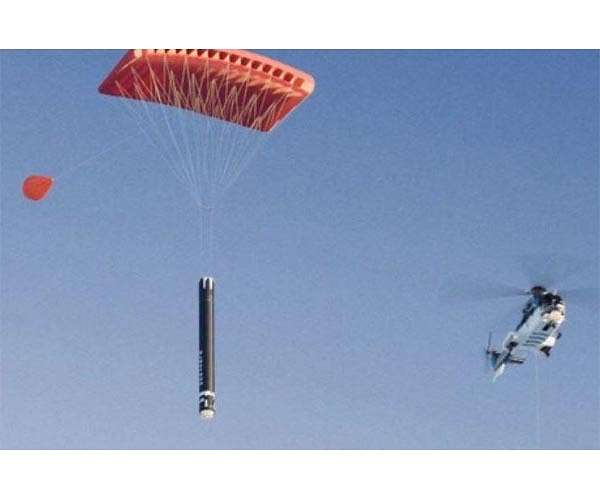 Citing weather concerns, Rocket Lab pushed back its 26th launch Friday with plans to attempt to recover a first-stage booster with a helicopter on Sunday.

“The weather has improved through the week, but the forecast is showing the best wind and cloud cover conditions a few days from now, so we’re targeting no earlier than 1 May … for launch,” the California-based aerospace company said.

“We don’t usually give mother nature quite so much power over launch timing, but for our first helicopter catch attempt we want to line up the best possible conditions to give us the highest chance of a successful catch. In time, we’ll narrow those bounds.”

Company engineers have been working to make the two-stage Electron rocket partially reusable, and the plan is to snag the falling booster from the sky using a Sikorsky S-92 helicopter.

Once they’ve got the booster, the helicopter will then attempt to offload it onto a waiting recovery boat – another potential first for the company.

The mission, called There and Back Again, is expected to launch from Mahia Peninsula in New Zealand.

The launch will include a full load of 34 small satellites, including for monitoring light pollution, research to improve propulsion in smaller satellites, maritime surveillance and to demonstrate space junk removal, among others.

“We’re excited about kicking off this era of reusability,” company CEO Peter Beck told UPI. “We’ve conducted many tests and now it’s time to put it all together for the time and pluck Electron from the skies.”

Rocket boosters have long been discarded after launch, oftentimes leaving parts that didn’t break and burn up in the atmosphere falling in the ocean.

But in 2015, SpaceX showed that rockets didn’t need to be expendable the first time its Falcon 9 landed back on solid ground.

The company now regularly also lands its boosters on drone ships at sea after launch. At the moment, however, SpaceX is the only company that recovers and reuses its rockets.

Two years ago, Beck announced that Rocket Lab planned on recovering the first stage of its Electron rocket.

As a small launch vehicle, Electron stands about at about 59 feet, a stark comparison to Falcon 9’s 229 feet. Due to its shorter stature, Beck said that engineers at Rocket Lab had to get a little creative with their recovery plans.

“A bigger rocket means there’s more room for fuel, which is a precious commodity when it comes to landing,” he said.

Extra fuel is the reason Falcon 9 can fly back down to the ground or deck of a drone ship. SpaceX developed its reusable iteration of the Falcon 9 to use super chilled fuels, so it could pack as much in the tanks as possible.

But since Electron is a smaller launch vehicle, it can’t carry the amount of fuel needed to perform the same type of propulsive landings, Beck said.

Playing catch with a helicopter

“Imagine if every time you flew anywhere, you then threw the plane away,” Garcia said. “That would make ticket prices astronomical, and no one would be flying anywhere.”

In order to facilitate reuse, Beck said the company has packed parachutes into the Electron’s first stage to help slow the rocket down enough for a modified helicopter to fly over, grab it and then offload it for analysis and potential future use.

Rocket Lab will use a Sikorsky S-92, a large twin engine helicopter typically used in offshore oil and gas transport, as well as search and rescue operations, to catch its rocket booster.

The concept seems outlandish, but the company has had its helicopter team practicing catches with replicas of the Electron booster it will try to recover on Thursday.

For this launch, the rocket is also sporting a thermal protection layer – a bright red strip – on the first stage to help shield it from the heat of re-entry as it returns to Earth.

The team had planned to launch earlier this week, however, weather at the New Zealand-based launch site wasn’t favorable.

“For this first flight, we want to eliminate weather as a consideration so we can focus solely on the catch,” the company said on Twitter.

With the wait for fairer winds, the company said it would add a booster offload attempt to the catch-and-reuse test.

“We’re going to attempt an at-sea offload for the first time,” Rocket Lab said. “This would see the helicopter offload Electron’s first stage onto our recovery vessel after the mid-air capture.”

“Once we make a successful recovery, then we’re going to examine that and do any refurb that is necessary, and try to relaunch that as soon as it’s ready, hopefully this year,” Lars Hoffman, vice president of global launch services at Rocket Lab, told UPI. 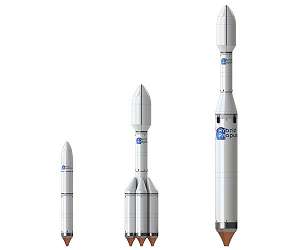 HyPrSpace, a startup specializing in the design of space launchers, has announced that it has raised euro 1.1 million from the Geodesic fund, the French Tech Seed fund managed on behalf of the French government by Bpifrance as part of France 2030, and private investors. This funding will allow the startup to strengthen its teams to accelerate the development of its OB-1 reusable launcher, and to offer a fast, economical, sovereign and more environmentally friendly orbiting service!