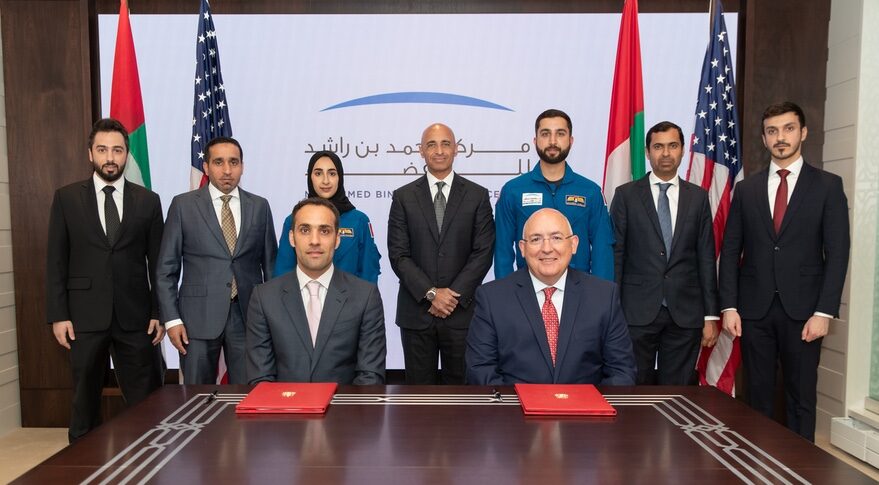 WASHINGTON — The United Arab Emirates will fly an astronaut on a long-duration mission to the International Space Station through an agreement with Axiom Space.

Axiom and the UAE’s Mohammed bin Rashid Space Centre (MBRSC) announced April 29 they signed an agreement whereby an Emirati astronaut will go to the station on the Crew-6 mission, a SpaceX Crew Dragon flight to the ISS scheduled for launch no earlier than the spring of 2023 for a six-month stay.

Axiom was able to make the deal because it had received the seat from NASA in exchange for a Soyuz seat used to transport NASA’s Mark Vande Hei to the ISS last year. Axiom purchased the Soyuz seat from Roscosmos, then gave it to NASA in exchange for a seat on a future commercial crew mission, as an alternative to NASA working directly with Roscosmos.

“Axiom Space is proud to provide MBRSC with a fight opportunity for a UAE astronaut, enabling its first long-term mission to the ISS,” Michael Suffredini, president and chief executive of Axiom Space, said in a statement.

The UAE has not disclosed who will fly on that mission. It has an astronaut corps of four people, including two who are currently training with NASA’s latest class of astronaut candidates. One of the four, Hazza AlMansoori, became the first Emirati in space when he flew on a Soyuz mission in September 2019, spending a week in space.

In an interview last October, Salem AlMarri, at the time the deputy director general of MBRSC, said the center was looking at various options to fly the country’s next astronaut. That included both short-duration commercial missions, like the recent Ax-1 flight by Axiom, as well as partnerships with the United States and Russia.

The Emirati astronaut selected to fly on Crew-6 will be the second person from the UAE to go into orbit and the first who is not from an ISS partner — Canada, Europe, Japan, Russia and the United States — to remain on the station for an extended mission.

That astronaut will join two NASA astronauts, Stephen Bowen and Woody Hoburg, who the agency assigned to Crew-6 last December as commander and pilot, respectively. The fourth seat on the mission has not been assigned but would likely go to a Russian cosmonaut if the United States and Russia complete a seat barter agreement.

The UAE started its astronaut program as part of a broader initiative to build up its space presence, an effort that included its Hope spacecraft that has been orbiting Mars since February 2021 and a small lunar rover that will fly on a Japanese commercial lander mission later this year. Government officials said that effort is intended to build up a space industry in the company and provide inspiration for youth in the country and throughout the Middle East.

“They reflect the vision of the UAE, which positions space exploration as an opportunity for enhanced cooperation between countries and entities in pursuit of the common goals of scientific discovery, and a sustainable future for humanity,” Hamad Obaid Al Mansoori, chairman of MBRSC, said in a statement.

“This will pave the way for future initiatives that will contribute to strengthening the UAE’s position as a leading nation in the world of space exploration,” added AlMarri, now director general of MBRSC, in the statement. 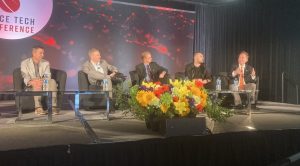