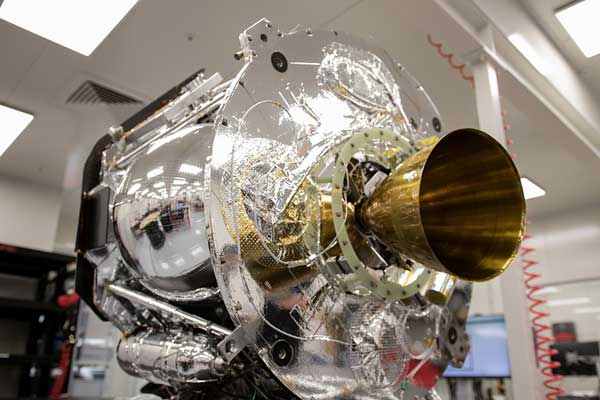 Varda’s space-manufactured products are targeted at high-value markets such as fiber optic cables, pharmaceuticals, and semiconductors — all of which have higher performance when produced in zero-gravity. After launch, Rocket Lab’s Photon will position the spacecraft in an operational orbit and provide station keeping. Photon will support Varda’s 120 kg manufacturing and re-entry modules with power, data, and attitude control. All three Photon spacecraft will also incorporate Rocket Lab-designed and built spacecraft components, including radios, reaction wheels and star trackers. Rocket Lab’s Photon will also perform multiple burns with the 3D-printed Curie engine, acting as a highly capable propulsion system to place Varda’s re-entry capsule on a return trajectory to Earth.

Until now, almost all in-space manufacturing research has been carried out on the International Space Station. This research has demonstrated that innovative materials and products can be created in the consistent microgravity environment of low-Earth orbit, an environment that can’t be replicated on Earth. Until now, manufacturing in orbit has been impossible to scale due to cost. Building a space factory with a proven, autonomous Photon spacecraft — one that doesn’t require human tending in orbit — will allow Varda to make building products in space at scale a reality for the first time.

“The Varda team is undertaking ground-breaking work that really opens up new possibilities and markets for in-space manufacturing and we couldn’t be more excited to make their mission possible with Photon,” said Rocket Lab Founder and Chief Executive Officer, Mr. Peter Beck. “Photon enables our customers to unlock the full potential of space. It removes a massive barrier to the growing small satellite market by delivering our customers a versatile and configurable spacecraft platform that they don’t need to build themselves. Our customers get to orbit faster and can focus purely on their mission while there, rather than worrying about developing and operating a spacecraft.”

Based in Torrance, California, Varda Space Industries was founded by Will Bruey, who spent almost a decade working on SpaceX’s Crew and Cargo Dragon spacecraft, and Delian Asparouhov, a Principal at Peter Thiel’s Founders Fund. “We are excited to work with Rocket Lab. Photon is a great fit for our mission and their team has displayed significant engineering rigor. Working with them will allow us to deliver on our aggressive schedule and tight budget. We are one step closer to delivering valuable materials to our clients here on Earth” said Varda Space Industries Chief Executive Officer, Will Bruey.

The first Varda Photon is planned for delivery in Q1 2023, with the second to follow up later in the year and a third in 2024. The contract, which is subject to standard termination provisions, also includes an option for Varda to procure a fourth Photon. Each mission has a nominal three-month duration from launch to landing.

Rocket Lab is a global leader in space, building rockets and spacecraft that make it easier to get to orbit and to do amazing things there. Founded in 2006, Rocket Lab provides end-to-end mission services that provide frequent and reliable access to space for civil, defense, and commercial markets. Headquartered in Long Beach, California, Rocket Lab designs and manufactures the Electron and Neutron launch vehicles and Photon satellite platform. Rocket Lab’s Electron launch vehicle is the second most frequently launched U.S. rocket annually and has delivered more than 100 satellites to orbit for private and public sector organizations, enabling operations in national security, scientific research, space debris mitigation, Earth observation, climate monitoring, and communications. Rocket Lab and Vector Acquisition Corporation (Nasdaq: VACQ), a publicly-traded special purpose acquisition company, announced a proposed business combination in the first quarter of 2021. The transaction is expected to be completed in the third quarter of 2021. Upon closing, the combined company is expected to remain listed on the Nasdaq with its common stock and warrants trading under the new ticker symbols, “RKLB” and “RKLBW”, respectively.

Varda is building space factories. It is currently the only company aiming to operate entirely on commercial supply chains and is well positioned to be the worldwide leader in commercial microgravity manufacturing. The company plans to offer a wide array of microgravity materials to its customers in the coming years, partnering with forward-looking organizations committed to improving quality of life and lowering costs for their end-consumers.