ASI’s industry-leading advances in flight software, mission simulation, and GNC significantly strengthen Rocket Lab’s Space Systems portfolio, which encompasses the Photon spacecraft line and a growing suite of spacecraft hardware solutions, including those brought to the portfolio through the acquisition of Sinclair Interplanetary in April 2020.

“Both Rocket Lab and ASI have built leading space businesses with mission proven technology and have a shared vision of making it easier to get to space and do incredible things there, so we’re excited to welcome ASI aboard to further enhance our space systems portfolio and deliver enhanced end-to-end space solutions,” said Peter Beck, Rocket Lab Founder and Chief Executive Officer. “The ASI team revolutionized flight software and have enabled some of the most significant space exploration missions. For more than 20 years they have been delivering industry-first, off-the-shelf spacecraft flight software products that enable cost-effective and highly capable constellation and interplanetary missions. By joining forces, we believe it will have a transformative effect on the way spacecraft are designed, built, tested, launched, and operated, further unlocking space’s potential.”

“We’ve found a great fit with Rocket Lab and we’re thrilled to be teaming up with them to continue making space faster, easier and more affordable,” said John Cuseo, ASI Founder and Chief Executive Officer. “The two companies complement each other very well. By coming together, we will continue to serve our customers and innovate in our areas of expertise, including space software and GNC, but now with more rocket fuel in the tank to play with. We look forward to also becoming an integral part of Rocket Lab’s Space Systems business, supporting Photon missions, satellite components, and space and ground software.”

ASI’s team of almost 60 people will continue to be led by John Cuseo in Colorado, enabling Rocket Lab to grow its presence within the nation’s second-largest aerospace economy and home to cutting-edge space programs, military commands and renowned research laboratories and universities. The ASI team will continue to serve its existing customer base, while leveraging the ability to scale by tapping into Rocket Lab’s resources, team, and technology.

Founded in 1995, ASI has developed an industry-leading suite of software and technology solutions for reliable space mission design and operation. It’s off-the-shelf spacecraft flight software, MAX, has been operating across more than 45 spacecraft for a cumulative 135 years in space. ASI’s customers include leading aerospace prime contractors, the U.S. Air Force, U.S. DOD organizations, NASA, and commercial spacecraft developers including several of the exciting new space start-ups.

The ASI team have supported some of the most ambitious Earth, interplanetary, and human spaceflight missions flown. These missions have explored distant planets, connected people on Earth, and pushed the boundaries of what is possible in space. Now, ASI’s engineers and space software products are enabling a wide variety of missions with speed, capability, and reliability.

Founded in 2006, Rocket Lab is an end-to-end space company with an established track record of mission success. We deliver reliable launch services, spacecraft components, satellites and other spacecraft and on-orbit management solutions that make it faster, easier and more affordable to access space. Headquartered in Long Beach, California, Rocket Lab designs and manufactures the Electron small orbital launch vehicle and the Photon satellite platform and is developing the Neutron 8-ton payload class launch vehicle. Since its first orbital launch in January 2018, Rocket Lab’s Electron launch vehicle has become the second most frequently launched U.S. rocket annually and has delivered 105 satellites to orbit for private and public sector organizations, enabling operations in national security, scientific research, space debris mitigation, Earth observation, climate monitoring, and communications. Rocket Lab’s Photon spacecraft platform has been selected to support NASA missions to the Moon and Mars, as well as the first private commercial mission to Venus. Rocket Lab has three launch pads at two launch sites, including two launch pads at a private orbital launch site located in New Zealand, one of which is currently operational, and a second launch site in Virginia, USA which is expected to become operational by the end of 2021. To learn more, visit www.rocketlabusa.com. 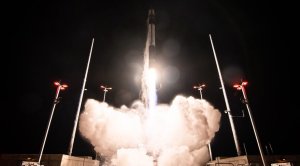