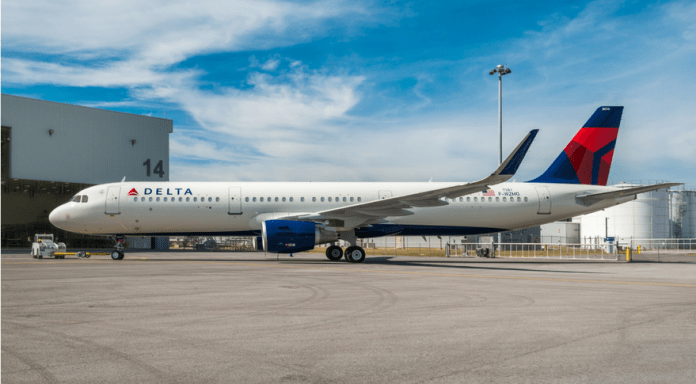 TAMPA, Fla. — The recovering in-flight connectivity (IFC) market is providing lift for satellite operators Viasat and Intelsat, which said their financial results got a boost from passengers returning to the skies.

Viasat said it made a record $665 million in revenue for the three months to June 30 amid an improving IFC business, up 25% year-over-year.

Its net income climbed to $17 million, compared with a $12 million loss in the prior year.

Intelsat, which is still in Chapter 11 after COVID-19 helped push it into bankruptcy protection in May 2020, said a recovery in North American airline travel enabled the company to post higher revenues and a smaller loss.

Viasat recorded gains across all its segments for the quarter, covering government, satellite services — which includes its IFC and residential broadband businesses — and commercial networks.

Satellite services revenue for the three months to June 30, the first quarter of its fiscal year 2022, jumped 36% year-on-year to $274 million in its fourth consecutive quarter of sequential growth.

It said the number of aircraft in service grew more than 80% year-on-year to 1,400 at the end of June — from new activations and planes returning to the skies. Icelandair recently started flying Viasat-equipped aircraft on trans-Atlantic flights between the U.S. and Europe, and the satellite operator has also expanded an agreement with Delta Air Lines.

In a rare move for the company, it also provided financial guidance for the years ahead as it prepares to launch the first of a three-satellite Viasat-3 constellation in early 2022.

“This guidance shows that we expect solid growth over the next two years across all of our business as we begin to bring the ViaSat-3 network online,” Viasat CEO Rick Baldridge told analysts in an Aug. 5 financial results call.

The company said the first ViaSat-3 satellite, which will cover the Americas, has been delivered to Boeing for final spacecraft integration and testing, ahead of a launch in the first or second quarter of 2022.

A second ViaSat-3, for covering Europe, the Middle East and Africa, is due to launch five to six months later, followed by a third spacecraft for Asia.

The segment generated $221 million of revenues for the three months to June 30, up 25% compared with the same period last year.

However, government revenue decreased slightly to $95.8 million, while sales from its media business plunged 9% to $184.2 million.

“Our results demonstrate that we are well positioned to capitalize on an improving economic environment as the global market leader in connectivity solutions,” Intelsat CEO Stephen Spengler stated Aug. 3 in the announcement of its latest financial results.

“We are making critical investments to expand our leadership position through innovation. We expect these investments will generate broader opportunities to secure new revenue streams while simultaneously optimizing our cost structure to compete more effectively.”