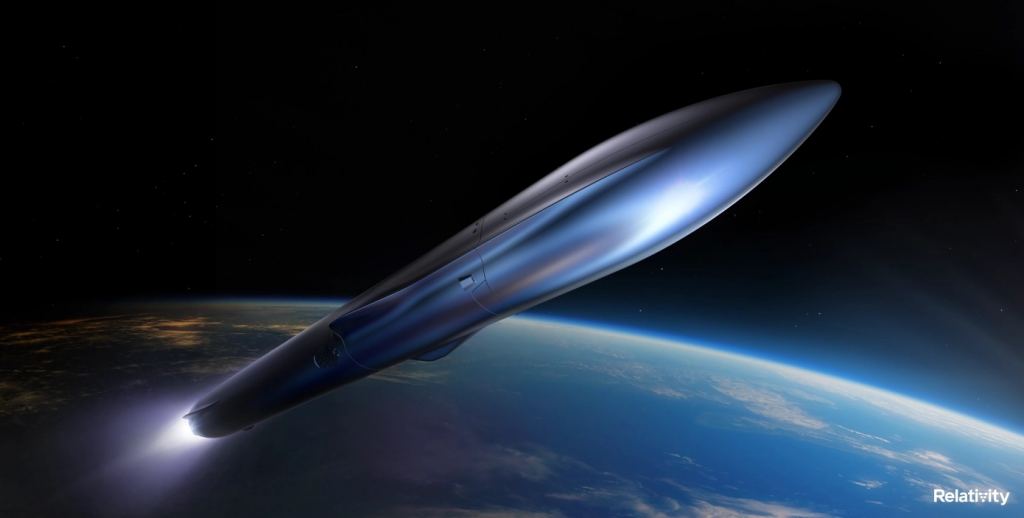 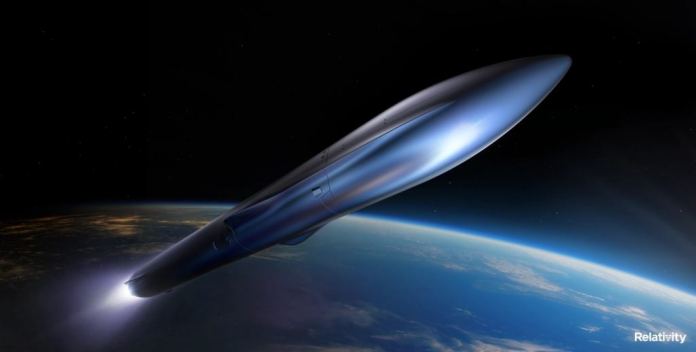 They say imitation is the sincerest form of flattery, and that competition is a great way to foster progress and innovation. If these truisms are to be believed, then the NewSpace industry is destined to benefit from the presence of Relativity Space, a commercial space company based in Los Angeles. At the same time, SpaceX founder Elon Musk should be flattered that Tim Ellis and Jordan Noone (founders of Relativity Space) are following his example.

Roughly six years ago, Ellis and Noone founded Relativity for the purpose of using new technologies to disrupt the aerospace industry. Earlier this week (Tuesday, June 8th), the company announced that it had raised an additional $650 million in private capital. This money will go towards the development of rockets that are entirely 3D-printed and fully reusable, as well as the creation of a new class of heavy launch vehicles known as the “Terran-R.”

Years back, Ellis indicated that he and co-founder Noone were both inspired by Elon Musk and SpaceX’s achievements in space. At the time, Musk had proven that his company could retrieve and reuse their Falcon 9‘s first stage boosters and that the commercial space industry could handle everything from launching payloads to orbit to sending resupply missions to the International Space Station (ISS).

However, Ellis and Noone were concerned that when it came to his long-term ambitions (i.e., building a self-sustaining city on Mars), there was a certain lack of planning. Similarly, they felt that the space industry was still reliant on labor-intensive practices that were rapidly growing obsolete with the introduction of additive manufacturing (3D printing). As Ellis explained recently to Ars Technica:

“In every SpaceX animation, we saw a fade into black right when people walked out of the rocket on Mars. So what was clear [is] that there needed to be some other company building humanity’s industrial base on Mars. Replicating the infrastructure for a million people that live on Mars is a massive undertaking, and I think a lot of people need to work on it.”

As aerospace engineers, Ellis and Noone were both intimately acquainted with the NewSpace industry. The two even worked for Blue Origin and SpaceX before founding Relativity Space, and much of their concerns arose from the practices they witnessed firsthand. Essentially, it came down to the inefficient way in which rockets were being produced, which was inconsistent with the companies’ vision of reducing costs and making space more accessible.

This led to their decision to launch their own commercial space company that would fuse 3D printing, sensor and analytics-driven machine learning, and autonomous robots to create the structure and engines of their rockets. This, they hoped, would lead to a tenfold increase in production speed, a hundredfold decrease in the number of parts needed, a simplified and optimized supply chain, and a more rapid design and iteration process.

At the center of their production efforts is their Factory of the Future, which relies on the Stargate – the world’s largest metal 3D printing system – to build all of their hardware. This includes the Aeon 1 rocket engine, which relies on a combination of liquid natural gas (LNG) and liquid oxygen (LOX) and can generate 69,000 Newtons (N, or 15,500 pounds-force) at sea level and 113,000 N (25,400 pounds-force) in the vacuum of space.

The same method is used to create their rocket fleet, which includes the two-stage Terran 1, the world’s first 3D printed rocket. This first stage relies on nine Aeon 1 engines, the second relies on a single Aeon VAC, and the entire launch system is capable of sending a maximum payload of 1,250 kg (2,760 lbs) to Low Earth Orbit (LEO), and 700 to 900 kg (1,500 – 2,000 lbs) to Sun-Synchronous Orbit (SSO).

Then there’s the Terran R, the world’s first 3D printed rocket that is fully reusable – engines, first stage, second stage, and payload fairing – which relies on seven Aeon R (LNG/LOX) engines for its first stage and one Aeon VAC for its second. This rocket is designed to compete with the Falcon 9 and will be capable of launching over 20,000 kg (44,000 lbs) to LEO, with a maiden launch from Cape Canaveral targeted for 2024.

These rockets and engines are printed from a propriety alloy using a process known as selective laser sintering and can build an entire rocket in just 60 days (and using less than 100 parts). This stands in contrast to the time-honored method of using traditional tooling to manufacture the various components, then relying on a hands-on process to assemble the thousands of parts together.

Seek What They Sought

The Terran R also has the distinction of being one of just two fully reusable launch systems in the world, the other being the SpaceX Starship. As Ellis indicated, the vehicle will also execute similar mission profiles to the Starship, such as transferring payloads through space, to the Moon, and perhaps even Mars. One can’t help but notice some similarities between the configuration of the Terran R and the Starship as well.

This includes the grid fins on the first stage (which assist in recovery) and the shape of the second stage/payload launcher – which looks like the Starship’s second stage. Once fully developed, the Terran R would be the Falcon 9‘s chief rival for lucrative government and commercial launch contracts. But the ultimate goal here, according to Ellis, is not to just compete with SpaceX, but augment its overall efforts.

“We’re trying to ice skate to where the puck is going,” he said. “What we keep hearing from customers is that they don’t want just a single launch company that is, frankly, the only quickly moving, disruptive provider.” I am reminded of the words of Matsuo Basho, “Do not seek to follow in the footsteps of the wise. Seek what they sought.”

With this latest round of funding, Relativity Space plans to accelerate the development of the Terran-R launch vehicle. In the meantime, the company is getting closer to the inaugural launch of its Terran 1 rocket. According to Ellis, the first and second stage are 85% finished and the second stage is expected to be shipped to NASA’s Stennis Space Center in Mississippi for hot-fire tests later this summer.

Whether it’s the commercial aerospace sector or national space agencies, one of the defining characteristics of the modern age of space exploration is the way more contenders are joining the fray. Whereas the “Space Race” was a constant struggle of one-upmanship between two superpowers, today, there are five major space agencies and any number of commercial providers working (in competition and cooperation) to ensure humanity’s future in space.

With their focus on optimized production, rapid iteration, and analytics that are driven by data and machine learning, Relativity Space is likely to give SpaceX, Blue Origin, and Virgin Galactic a run for their money in the coming years!

The post Relativity Space Gets a Huge Investment to Take on SpaceX With Reusable Rockets appeared first on Universe Today.