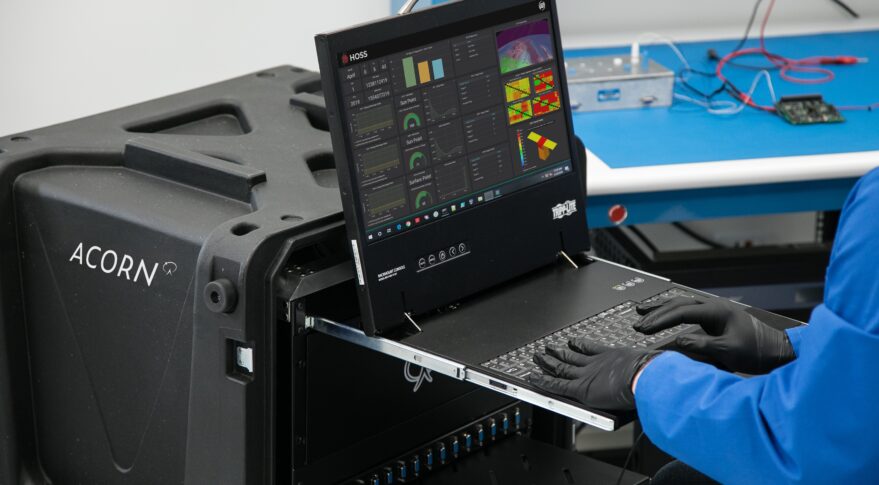 Redwire’s Dean Bellamy: DoD could use digital engineering to develop satellites, test their performance and resilience against cyber attacks

Redwire, based in Jacksonville, Florida. is a new space venture formed in 2020 that has since acquired a number of companies focused on space infrastructure and manufacturing technology.

The digital engineering lab was funded by Redwire in hopes to attract government customers that want to experiment and prototype systems in a digital environment that replicates real-world hardware and software — a technique known as digital twin.

Dean Bellamy, Redwire’s executive vice president of national security space, said the Hyperion facility could be used by the military, for example, to develop new satellite designs, test their performance and resilience against cyber attacks.

Defense Department acquisition programs get criticized for taking too long and not keeping up with threats, Bellamy said. The use of digital engineering would allow DoD to experiment with digital models before it buys hardware.

“So as we build and manufacture the satellite, you’re making the architectural trades, building the concept of operations and planning technology improvements,” he said.

“Once you launch that satellite, if you wanted to make any modifications to that software or maybe add third party software, we can do it on the ground with the digital twin which is the backup, before you actually do it to the spacecraft,” he added.

Redwire boosted it expertise in digital engineering and spacecraft development when it acquired Oakman Aerospace, based in Littleton, Colorado.

The Air Force Research Laboratory last year awarded Redwire a contract for a Hybrid Architecture Laboratory Operational Environment to model concepts for military operations such as the Joint All-Domain Command and Control (JADC2) which is a Pentagon initiative to connect sensors and share data across the military services.

The digital engineering lab can help to simulate complex concepts like JADC2. “It brings in the entire architecture so it can be visualized,” Bellamy said. At the new Hyperion facility, users can see how a satellite constellation performs when it’s transferring data or how systems respond against cyber threats.

“This allows you to actually digitally do architecture trades and move things in and out,” he said.

Digital engineering is one of the technologies in which Redwire plans to make large investments in order to grow its government and national security business, Bellamy said.

Bellamy, a retired U.S. Air Force colonel, joined Redwire in May. He was previously vice president of space strategies at Peraton, a government contractor that works with DoD, NASA and the intelligence community.