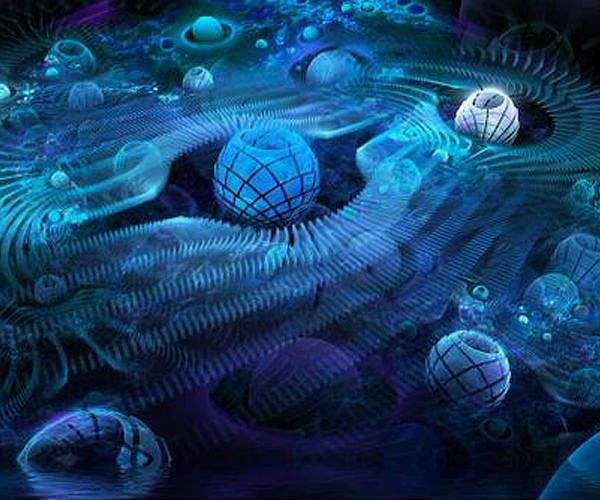 A network in which data transmission is perfectly secure against hacking? If physicists have their way, this will become reality one day with the help of the quantum mechanical phenomenon known as entanglement. For entangled particles, the rule is: If you measure the state of one of the particles, then you automatically know the state of the other. It makes no difference how far away the entangled particles are from each other. This is an ideal state of affairs for transmitting information over long distances in a way that renders eavesdropping impossible.

A team led by physicists Prof. Harald Weinfurter from LMU and Prof. Christoph Becher from Saarland University have now coupled two atomic quantum memories over a 33-kilometer-long fiber optic connection. This is the longest distance so far that anyone has ever managed entanglement via a telecom fiber.

The quantum mechanical entanglement is mediated via photons emitted by the two quantum memories. A decisive step was the researchers’ shifting of the wavelength of the emitted light particles to a value that is used for conventional telecommunications. “By doing this, we were able to significantly reduce the loss of photons and create entangled quantum memories even over long distances of fiber optic cable,” says Weinfurter.

Generally speaking, quantum networks consist of nodes of individual quantum memories – such as atoms, ions, or defects in crystal lattices. These nodes are able to receive, store, and transmit quantum states. Mediation between the nodes can be accomplished using light particles that are exchanged either over the air or in a targeted manner via fiber optic connection. For their experiment, the researchers use a system comprised of two optically trapped rubidium atoms in two laboratories on the LMU campus.

The two locations are connected via a 700-meter-long fiber optic cable, which runs underneath Geschwister Scholl Square in front of the main building of the university. By adding extra fibers on coils, connections of up to 33 kilometers in length can be achieved.

A laser pulse excites the atoms, after which they spontaneously fall back into their ground state, each thereby emitting a photon. Due to the conservation of angular momentum, the spin of the atom is entangled with the polarization of its emitted photon. These light particles can then be used to create a quantum mechanical coupling of the two atoms. To do this, the scientists sent them through the fiber optic cable to a receiver station, where a joint measurement of the photons indicates an entanglement of the quantum memories.

However, most quantum memories emit light with wavelengths in the visible or near-infrared range. “In fiber optics, these photons make it just a few kilometers before they are lost,” explains Christoph Becher. For this reason, the physicist from Saarbrucken and his team optimized the wavelength of the photons for their journey in the cable. Using two quantum frequency converters, they increased the original wavelength from 780 nanometers to a wavelength of 1,517 nanometers.

“This is close to the so-called telecom wavelength of around 1,550 nanometers,” says Becher. The telecom band is the frequency range in which the transmission of light in fiber optics has the lowest losses. Becher’s team accomplished the conversion with an unprecedented efficiency of 57 percent. At the same time, they managed to preserve the quality of the information stored in the photons to a high degree, which is a condition of quantum coupling.

“The significance of our experiment is that we actually entangle two stationary particles – that is to say, atoms that function as quantum memories,” says Tim van Leent, lead author of the paper. “This is much more difficult than entangling photons, but it opens up many more application possibilities.”

The researchers think that the system they developed could be used to construct large-scale quantum networks and for the implementation of secure quantum communication protocols. “The experiment is an important step on the path to the quantum internet based on existing fiber optic infrastructure,” says Harald Weinfurter. 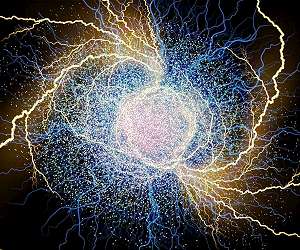 
Though they are discrete particles, water molecules flow collectively as liquids, producing streams, waves, whirlpools, and other classic fluid phenomena.

Not so with electricity. While an electric current is also a construct of distinct particles – in this case, electrons – the particles are so small that any collective behavior among them is drowned out by larger influences as electrons pass through ordinary metals. But, in certain materials and under specific conditions, such effects fade away, … read more