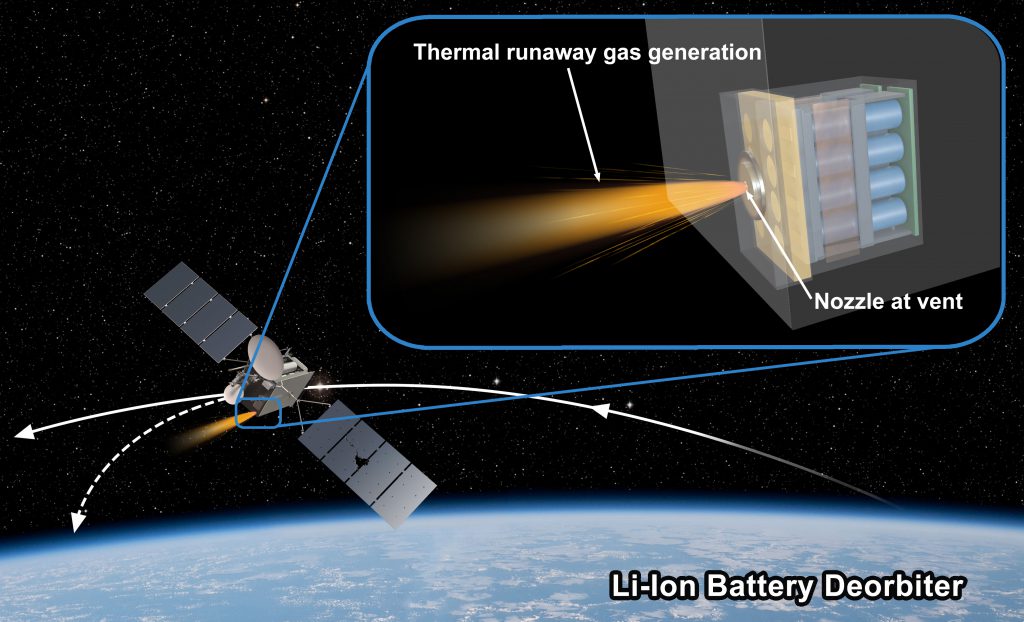 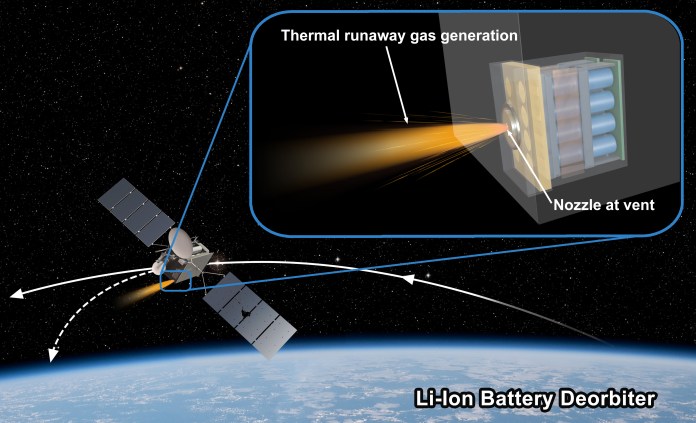 The population of satellites in low Earth orbit (LEO) is expected to rapidly rise over the next decade, adding to those already present. Accompanying this increase of satellites is a higher risk of space junk-forming collisions between active satellites, inactive satellites or other space debris. This increased collision risk is a concern previously highlighted by The Aerospace Corporation’s Center for Space Policy and Strategy.

The existing population of human-made objects in LEO has already caused space junk to become self-sustaining due to additional collisions between debris. Even now, most small satellites rely only on atmospheric drag to deorbit—causing these vehicles to remain in orbit well past their useful lifespan and heightening the risk of debris creation through internal explosion or collision.

A team of Aerospace scientists and engineers are developing a novel technology to reduce the amount of debris being left in this critical environment. The solution, known as the Lithium-ion Battery Deorbiter, will utilize the battery already on board the spacecraft to reduce debris by igniting the battery into thermal runaway to generate thrust for deorbit.

“Everybody knows about lithium-ion batteries and their risk to go into thermal runaway and spewing fire,” said Dr. Joseph Nemanick, a senior research scientist in the Energy Technology Department. “The Lithium-ion Battery Deorbiter is turning that weakness into a strength.”

By activating thermal runaway in a controlled manner, the red-hot gasses produced are channeled through a nozzle to generate thrust to deorbit. This approach is the first zero-added-mass on board spacecraft technology capable of reducing orbital debris and helping to protect low Earth orbit from space junk.

“Most small satellites have no propulsion at all and are stuck in the orbit where they were originally delivered,” said Dr. John DeSain, a senior scientist in the Propulsion Science Department. “Normally atmospheric drag is the only way for the satellite to deorbit, but by using the satellite’s battery as a propulsion unit, the overall lifetime and chance of collision can be decreased.”

The team has already demonstrated proof of concept in the Aerospace Propulsion Research Facility.  Scientists demonstrated the activation of space rated battery cells which achieved effective thrust comparable to a commercial solid rocket motor. While this force can be increased further with engineering changes, the projected thrust is sufficient to reduce residual orbit time for a small satellite by 55% in LEO.

Even with these favorable findings, barriers exist from adopting this innovative technology. Perhaps the biggest obstacle is altering people’s outlook on thermal battery runaway.

“Telling people that you can skillfully harness one of the scariest things that can happen in space takes a lot of convincing,” said Nemanick. “However, looking at this event from a purely chemistry perspective, there is significant overlap between battery thermal runaway and a normal solid rocket motor.”

Further testing of this technology is being conducted in the Propulsion Research Facility by members of the Propulsion Department and Propulsion Sciences Department, also including John Schilling, Andrea Hsu, Brian Brady, Andrew Cortopassi, and Dillon Over. Of particular interest is developing different ways of controlling how much thrust can be generated, reliable triggering, and ensuring safe activation. The team is finalizing proposals for funding in order to advance their project further.

In time, the Lithium-ion Battery Deorbiter could reduce the space junk from satellites without adding additional fuel or weight, proving that sometimes the answer already lies within.