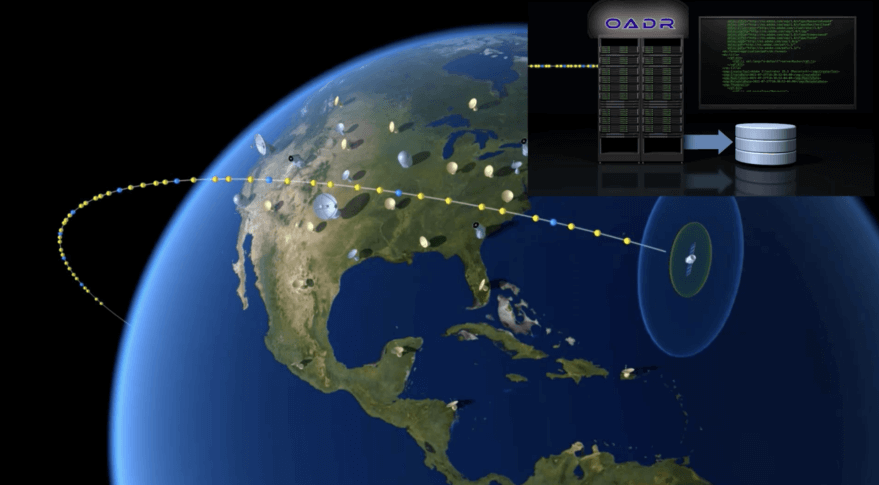 The National Oceanic and Atmospheric Administration issued a request for information (RFI) Feb. 16 seeking details about commercial data for tracking space objects. NOAA is interested in observations of debris and satellites, trajectory information and conjunction assessments. Responses are due to NOAA March 21.

The RFI is the precursor to potential future purchases of commercial SSA data to support the open architecture data repository (OADR), which is intended to combine data from several sources to handle space traffic management responsibilities that the Commerce Department will take over from the Defense Department in 2024. NOAA showed a prototype of the OADR earlier this month.

The RFI is one part of a greater outreach by NOAA with the commercial sector on the OADR. “Starting in the very near term are going to be workshops and interaction with the commercial sector and all of our partners in more open domains. You can see where we’re going and where we can learn and improve,” said Stephen Volz, NOAA assistant administrator for satellite and information services, in a Feb. 16 presentation at the 24th Annual FAA Commercial Space Transportation Conference.

One issue will be how the OADR will interact with commercial space traffic management services. Space Policy Directive 3, which assigned the Commerce Department responsibility for civil space traffic management in 2018, instructed the government to provide basic data and services, including conjunction and reentry warnings, “free of direct user fees” while also allowing commercial services.

Volz said the OADR would provide “a basic set of space situational awareness functions and capabilities” for operators. “I say a basic set because there’s never an end to what you can do with more information and more analysis. We do not see that as the role of NOAA or the DoC to provide everything to everyone, but to provide a certain minimum and growing capability standard that everyone can rely on.”

One question, though, is exactly what will be considered a basic service offered by the government. “It’s actually very hard” to differentiate between basic and advanced services, said Kevin O’Connell, former director of the Office of Space Commerce, during a separate conference panel Feb. 17. “The economics wind up being difficult when you think about the service that the United States is going to give away for free and those that are going be created by industry as a purely commercial service.”

It’s in the interest of global leadership of the United States to make some space safety data freely available to all, he said, but “we don’t want to get in the way of companies that want to go above and beyond that.” He said more work is needed to define parameters such as the precision of the free basic service to provide a starting point upon which companies can build commercial products.

The Office of Space Commerce, located within NOAA, is delegated those civil space traffic management responsibilities assigned to the Commerce Department. However, the office has been without a full-time director since O’Connell departed at the end of the Trump administration in January 2021.

Volz said at the conference that should soon change. “We have selected a candidate for the political appointee to lead the Office of Space Commerce,” he said, not identifying the person under consideration. “It’s in vetting within the administration right now.”

The director of the office is a political appointee, and thus traditionally leaves at the end of a presidential administration. To provide some continuity for the office, Volz said the office will also hire a deputy director as a Senior Executive Service position. “That will provide some sustainability and continuation from one administration to the next,” he said.

Volz added the office has developed a five-year budget to support getting the OADR into initial operations in 2024 and full operations in 2025. That budget will be included in the upcoming fiscal year 2023 budget request along with more details about how the OADR will become an operational system.