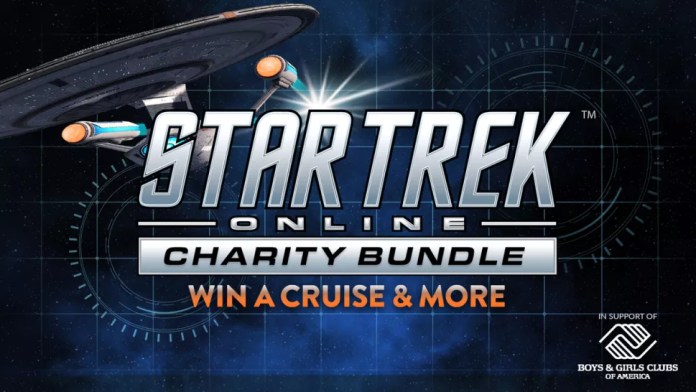 You can now beam up an impressive bundle of sci-fi gaming content — and support a good cause in the process — with the new “Star Trek Online” Charity Bundle, courtesy of digital retailer Fanatical and publisher Perfect World Entertainment.

The bundle benefits The Boys and Girls Clubs of America (BGCA), a charity that provides children with safe and fun places to grow and thrive, offering life-enhancing mentoring programs. Two tiers of in-game content are included, starting from just $1. All content is available to unlock on PlayStation, Xbox and PC, and players will be able to captain their own starship and visit over 100 unique “Star Trek” locations in the massive multiplayer online role playing game (MMORPG) “Star Trek Online.”

On top of this, anyone who purchases any tier of the online bundle will be in with a chance of winning a place on “Star Trek”: The Cruise V, a holiday cruise worth over $5,000. The charity offer will run until Oct. 5 and entrants must be over 18.

The charity bundle is a great way for players to get into “Star Trek Online,” since although the base game is free to download, the value of the downloadable content that comes with both tiers of the charity bundle is greater than what you pay for the bundle itself.

Tier 1 costs $1 and players will receive four separate items, which include the title of “Charitable,” a rainbow Risian Caracal (which makes a great pet) and an overlay that will give your starship the look of a 32nd-century starship. People who purchase this tier will also receive one entry point for the Star Trek cruise.

Tier 2 of the bundle offers even more: a Narendra-Class Support Cruiser (more commonly known as the Enterprise) a Vor’ral Support Battlecruiser, a Fleet Ship Module, a Gold Tech Upgrade, 30 Lobi Crystals and five entry points to the Star Trek cruise.

The holiday cruise offered to the winner includes engagement with some of the stars of the franchise from over the years as well as “Star Trek” themed games, shows, events and activities. On top of this, the winner of the cruise will also receive every bit of downloadable content for the online game worth over $720 in total.