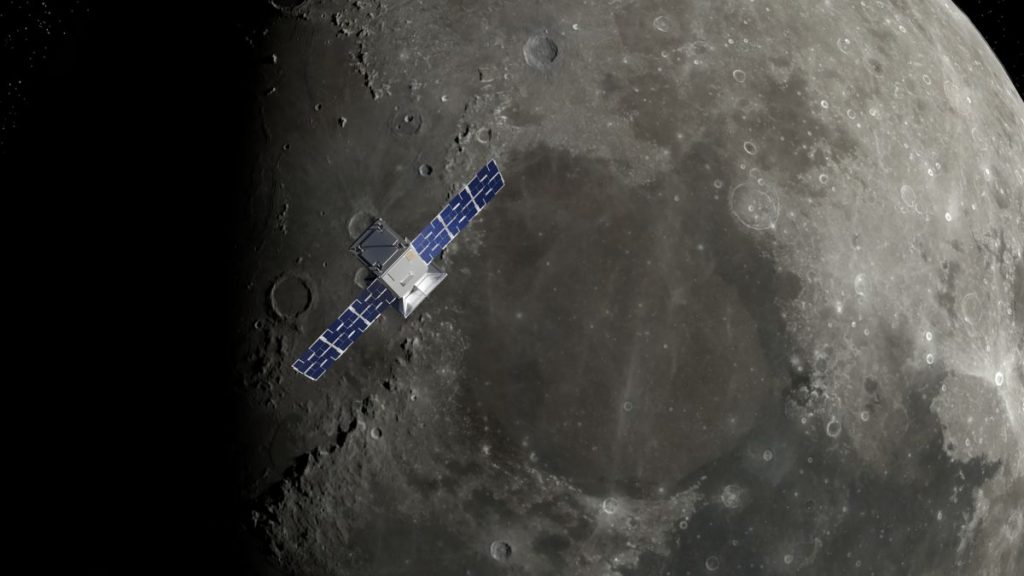 NASA’s tiny CAPSTONE probe has bounced back from a troubling glitch and is on track to reach the moon this month as planned, mission team members said.

CAPSTONE, which is about the size of a microwave oven, entered a protective “safe mode” after experiencing an issue during an engine burn on Sept. 8 that caused the probe to start tumbling.

Mission team members eventually identified the likely cause of the glitch as an issue with a valve in the probe’s propulsion system. They worked hard to troubleshoot the problem over the ensuing weeks, finally getting CAPSTONE to stop spinning in early October.

And now the 55-pound (25 kilograms) cubesat appears to be fully up and running again: CAPSTONE performed a trajectory-correcting engine burn as planned on Thursday (Oct. 27), keeping it on target for an arrival in orbit around the moon on Nov. 13, mission team members said.

Thursday’s engine burn lasted about 220 seconds, which was the expected duration, representatives of the Colorado-based company Advanced Space, which operates CAPSTONE for NASA, said in an update on Monday (opens in new tab) (Oct. 31).

The cubesat is therefore beyond the moon, which orbits about 239,000 miles (385,000 km) from Earth. If all goes according to plan, CAPSTONE will conduct two more trajectory-correcting burns to spiral back toward the moon, finally inserting itself into a highly elliptical near rectilinear halo orbit (NRHO) on Nov. 13.

Gateway, a small moon-orbiting space station that’s a key part of NASA’s Artemis program, will also occupy a lunar NRHO. CAPSTONE will characterize this orbit, verifying its presumed stability ahead of Gateway’s construction, which is expected to begin a few years from now.

CAPSTONE, short for Cislunar Autonomous Positioning System Technology Operations and Navigation Experiment, launched atop a Rocket Lab Electron booster on June 28, kicking off a long, circuitous trek to the moon.

A week later, the mission team lost contact with CAPSTONE shortly after the probe separated from Rocket Lab’s Photon spacecraft bus. But team members quickly fixed that problem, which was caused by an improperly formatted command.

CAPSTONE’s mission is scheduled to last at least six months after it reaches the moon. In addition to the orbit-verification work, the little probe will also conduct some navigation and communications experiments, some of them in concert with NASA’s Lunar Reconnaissance Orbiter.