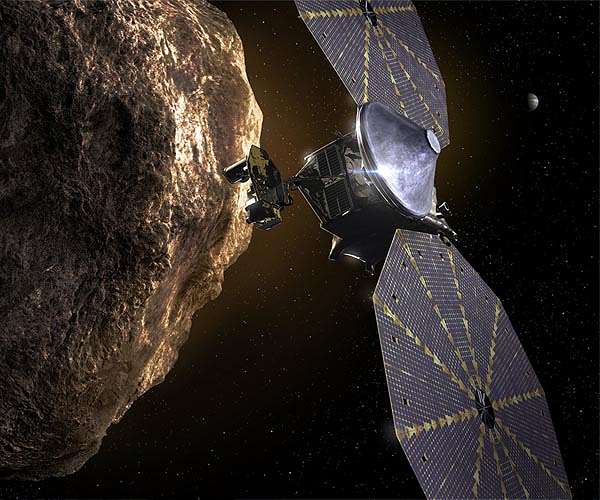 NASA’s Lucy mission team has decided to suspend further solar array deployment activities. The team determined that operating the mission with the solar array in the current unlatched state carries an acceptable level of risk and further deployment activities are unlikely to be beneficial at this time. The spacecraft continues to make progress along its planned trajectory.

Shortly after the spacecraft’s Oct. 2021 launch, the mission team realized that one of Lucy’s two solar arrays had not properly unfurled and latched. A series of activities in 2022 succeeded in further deploying the array, placing it into a tensioned, but unlatched, state. Using engineering models calibrated by spacecraft data, the team estimates that the solar array is over 98% deployed, and it is strong enough to withstand the stresses of Lucy’s 12-year mission.

The team’s confidence in the stability of the solar array was affirmed by its behavior during the close flyby of the Earth on Oct. 16, 2022, when the spacecraft flew within 243 miles (392 km) of the Earth, through the Earth’s upper atmosphere. The solar array is producing the expected level of power at the present solar range and is expected to have enough capability to perform the baseline mission with margin.

The team elected to suspend deployment attempts after the attempt on Dec. 13, 2022, produced only small movement in the solar array. Ground-based testing indicated that the deployment attempts were most productive while the spacecraft was warmer, closer to the Sun.

As the spacecraft is currently 123 million miles (197 million km) from the Sun (1.3 times farther from the Sun than the Earth) and moving away at 20,000 mph (35,000 km/hr), the team does not expect further deployment attempts to be beneficial under present conditions. 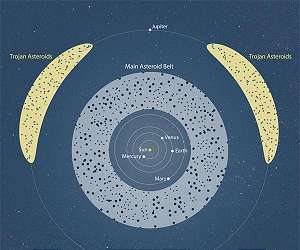 An international team of scientists including NYUAD researcher Nikolaos Georgakarakos and others from the US, Japan, and China led by Jian Li from Nanjing University, has developed new insights that may explain the numerical asymmetry of the L4 and L5 Jupiter Trojan swarms, two clusters containing more than 10,000 asteroids that move along Jupiter’s orbital path around the sun.

For decades, scientists have known that there are significantly more asteroids in the L4 swarm than the L5 swarm, but hav … read more